Rex Villa knew he wanted to wrap the 2020 Tesla Model 3 immediately after the purchase in June of 2020. One thing led to another; he added new wheels, a body kit, air suspension and carbon fiber pieces. During the process, Rex wanted to show his build on Instagram for friends and family to see, and noticed some suggested accounts of people who also modified their Tesla. That's when he reached out to AJ Velsaco (@jrzy_m3p).

"He's helped introduce me to the car scene," Rex mentions. What started as local-hangouts turned into car meets and car shows, and Team LabWorx was created and features other modified Tesla, as well as BMWs.

"I'm glad to have made new friends who share the same passion and enthusiasm for cars as much as I do," he states.

Our interview with Rex Villa (@tesla_r3x), owner of this 2020 Tesla Model 3 and Editor's Choice winner at our Tuning 365 Show at Formula DRIFT Englishtown 2022. 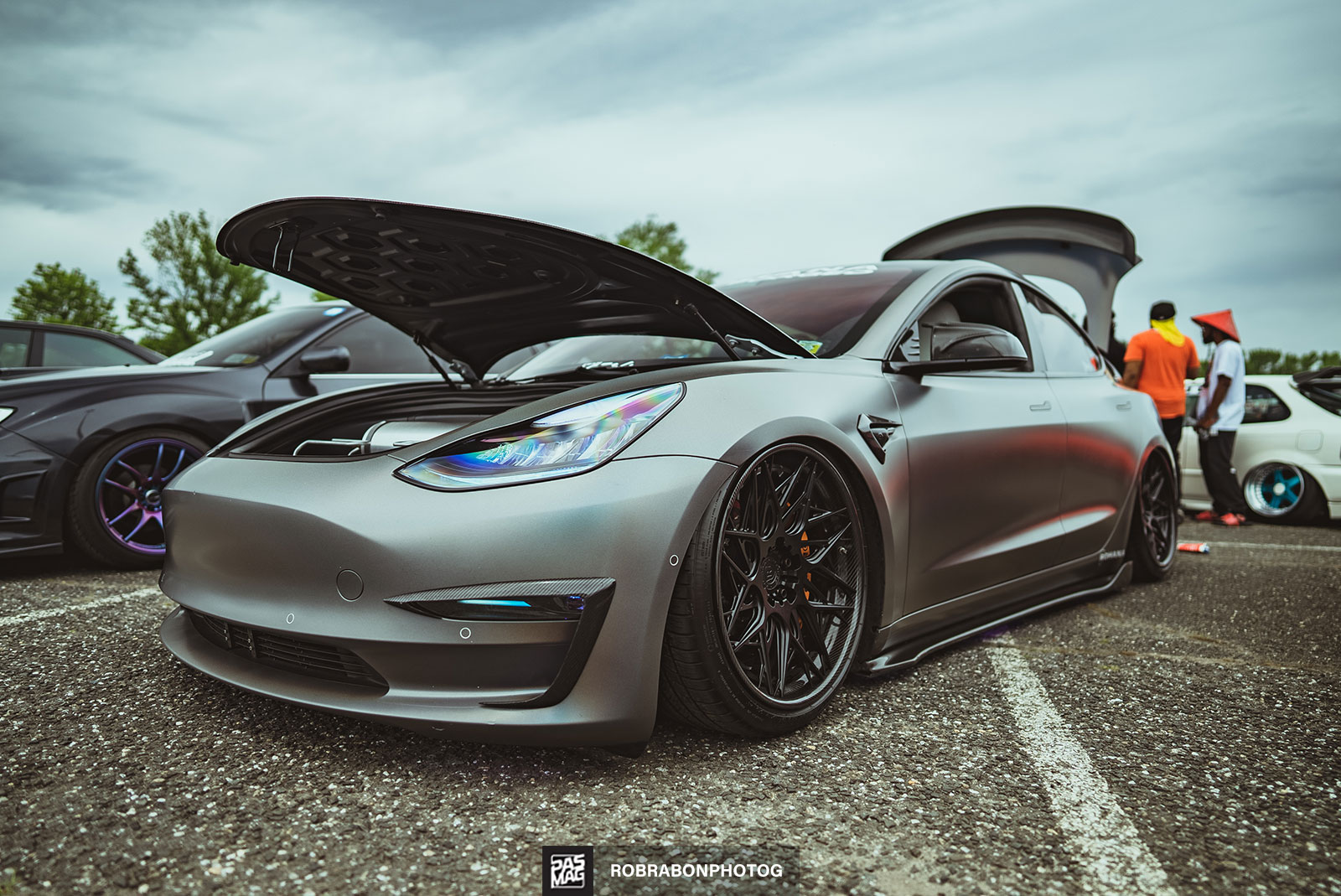 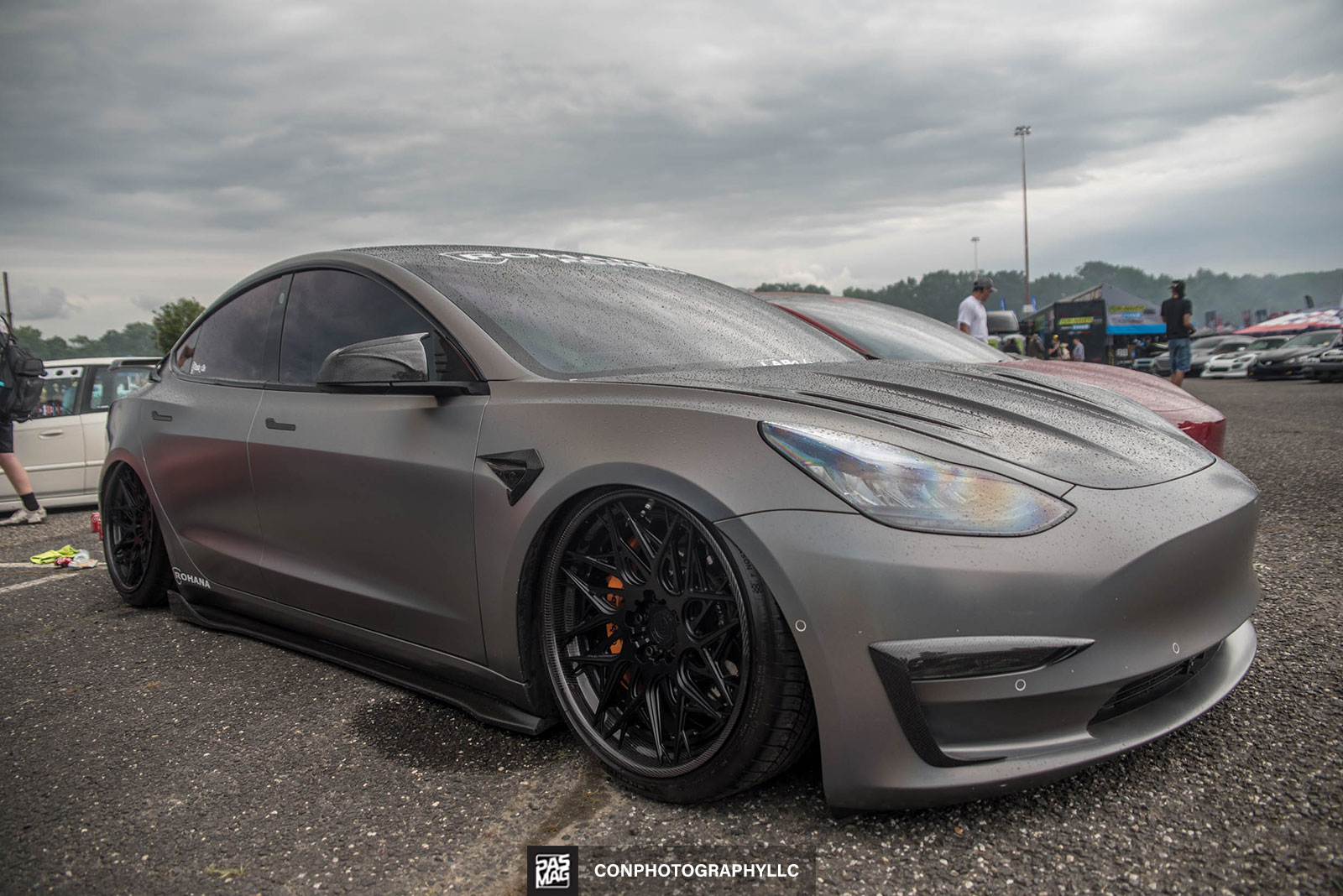 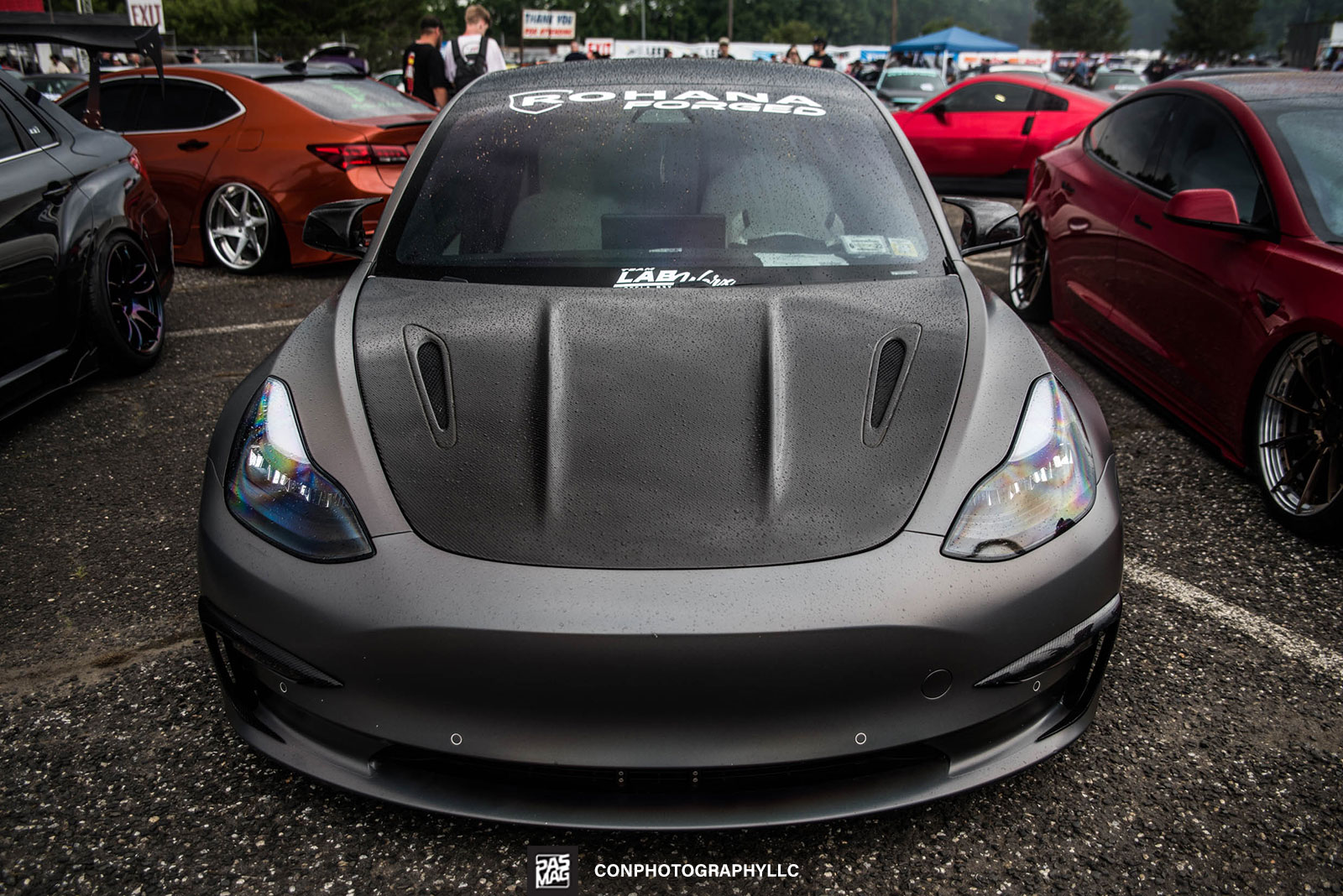 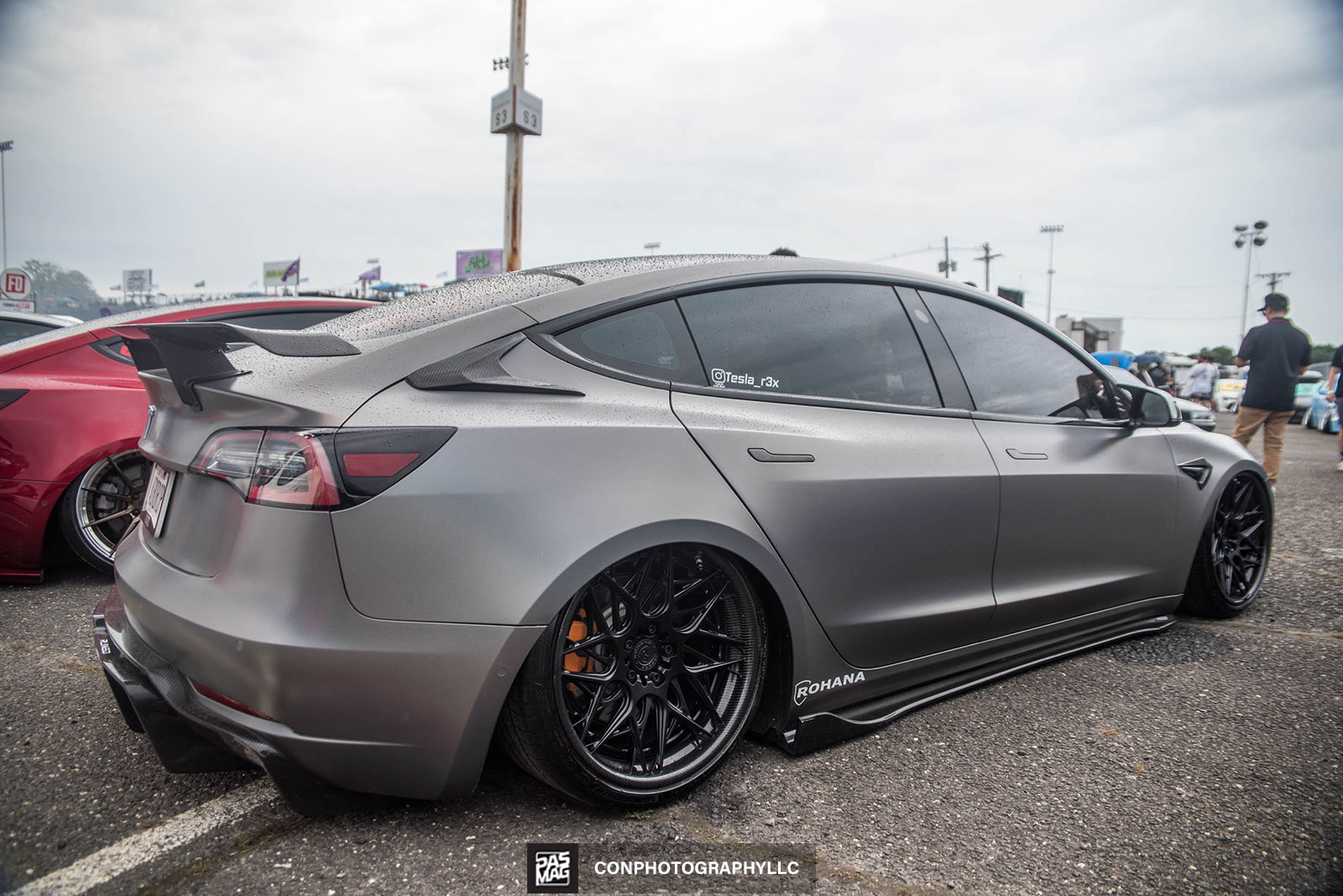 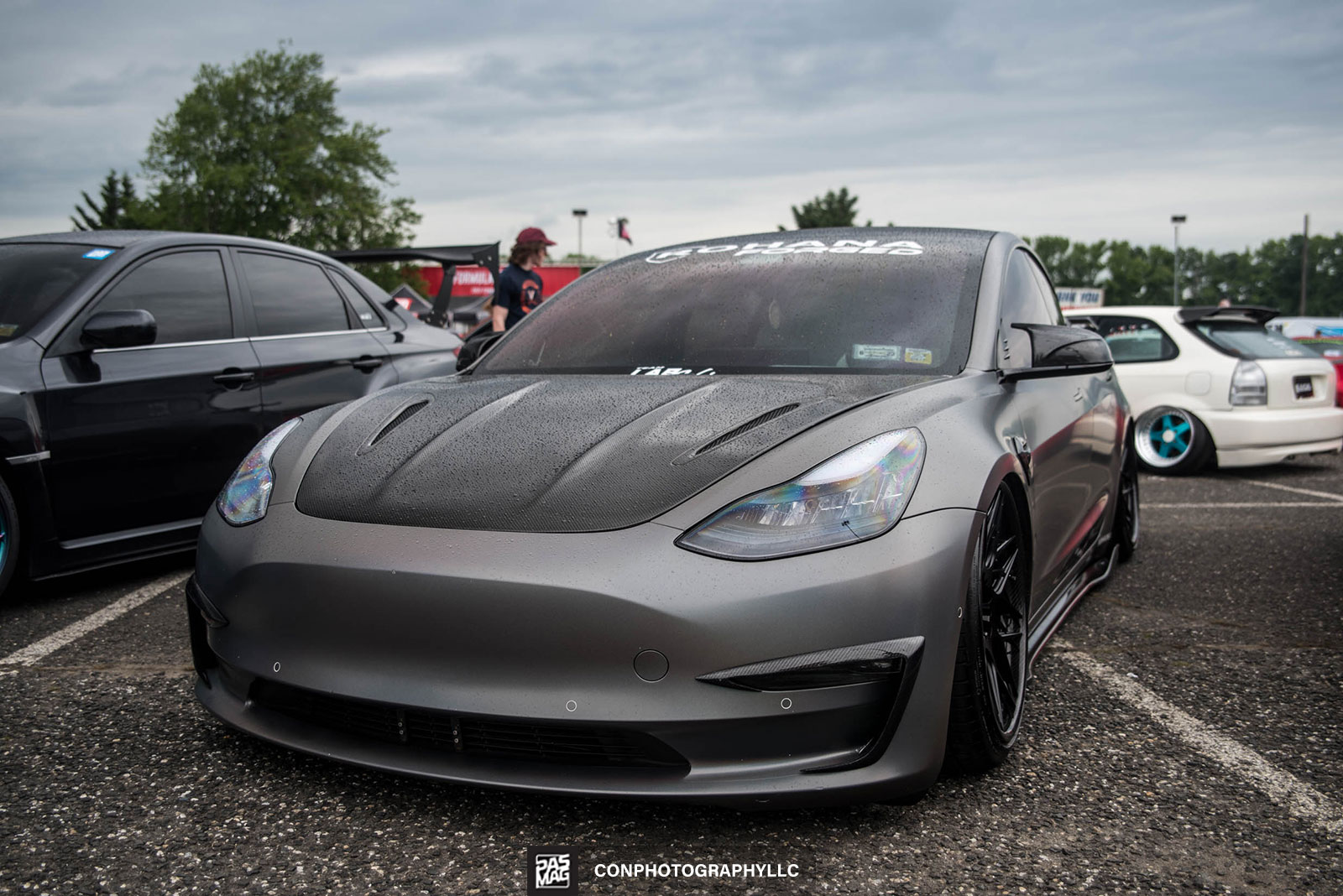 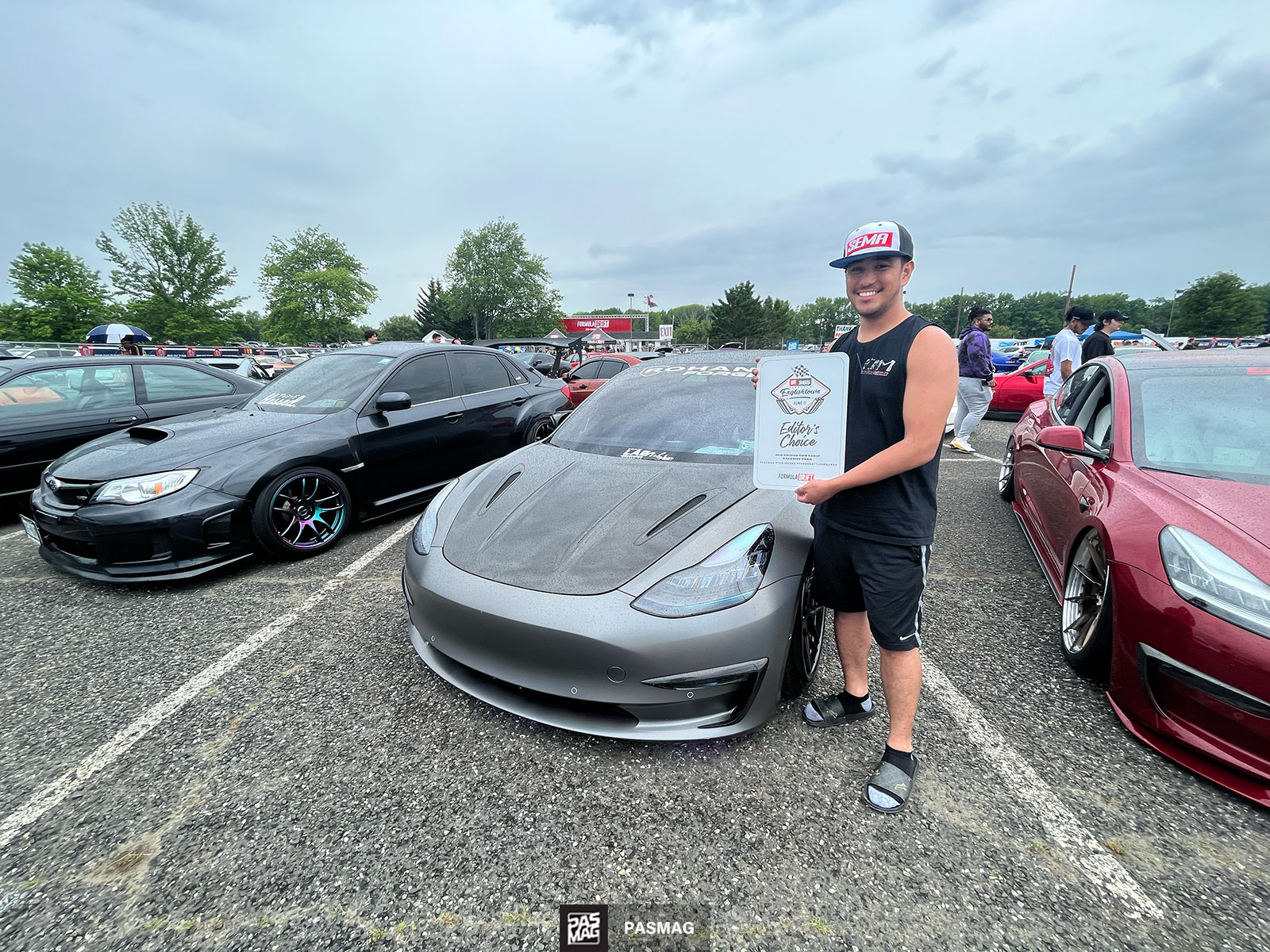 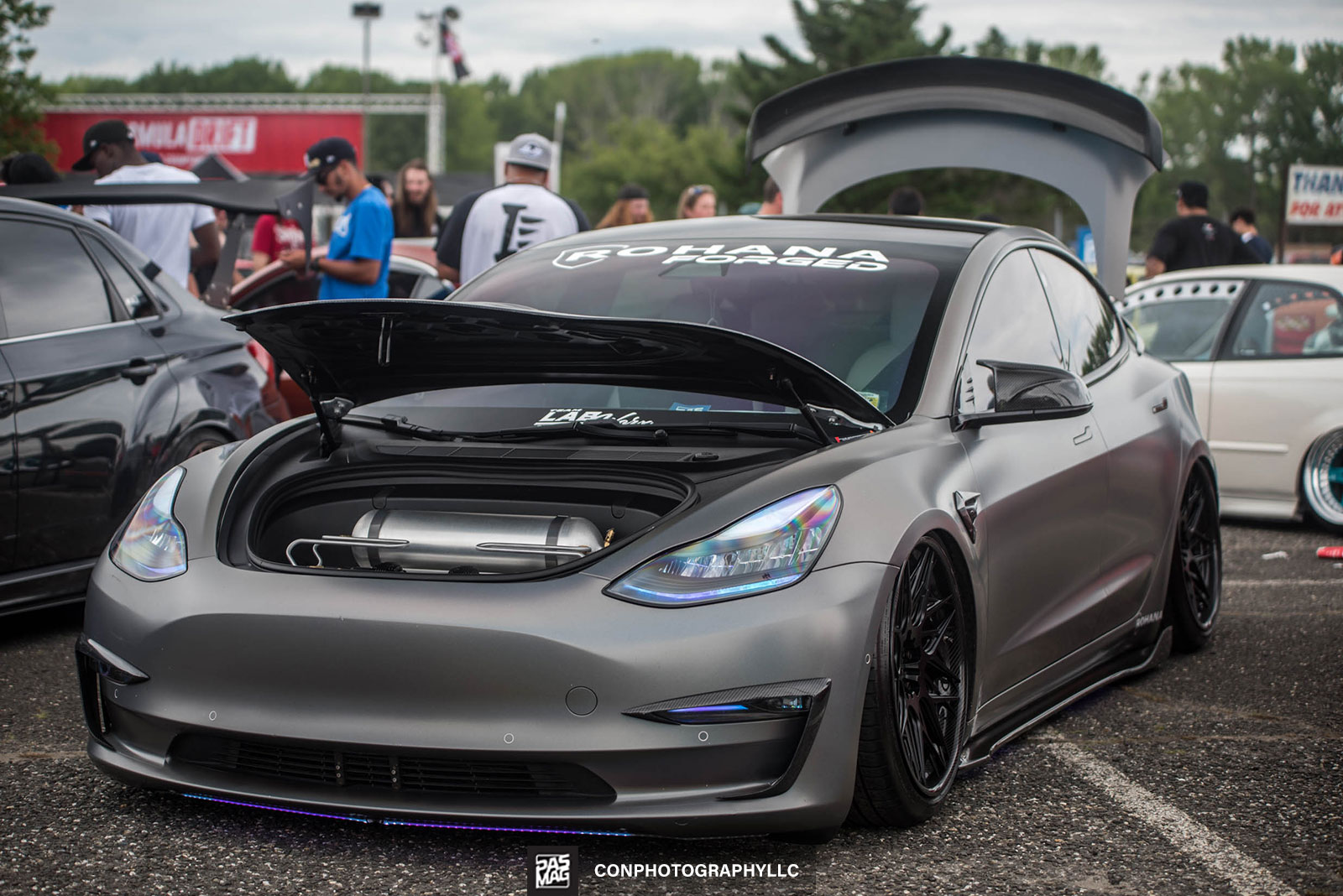 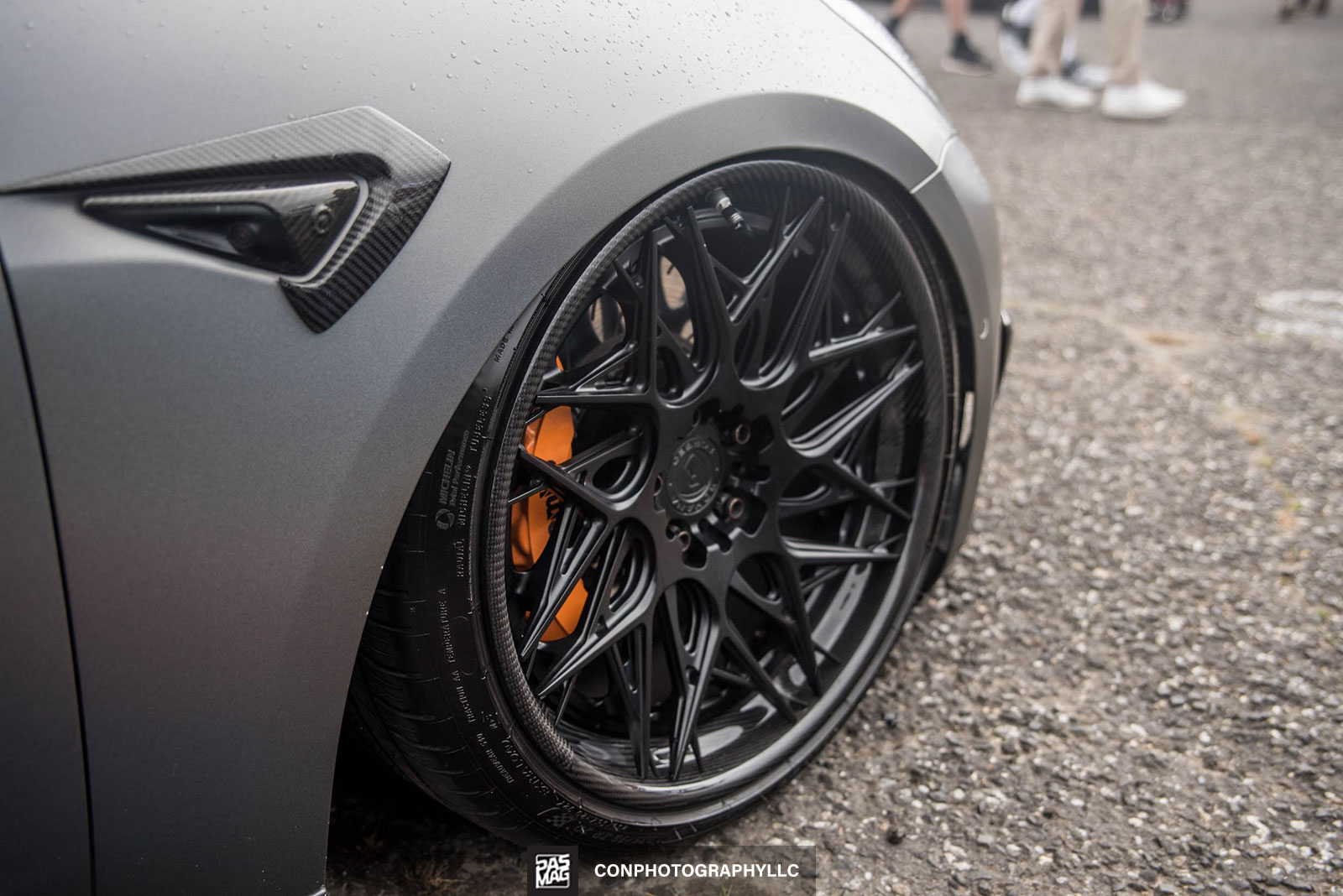 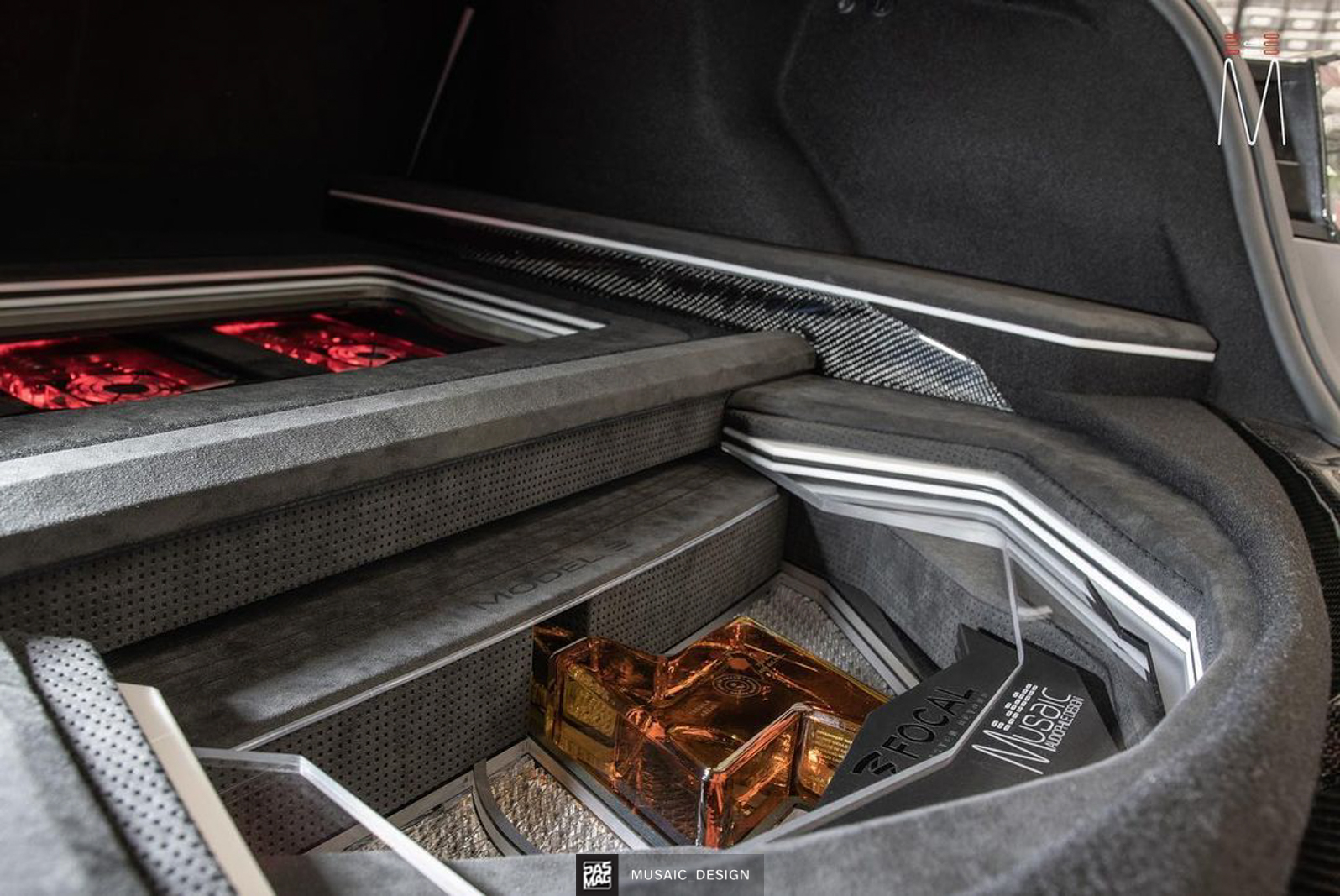 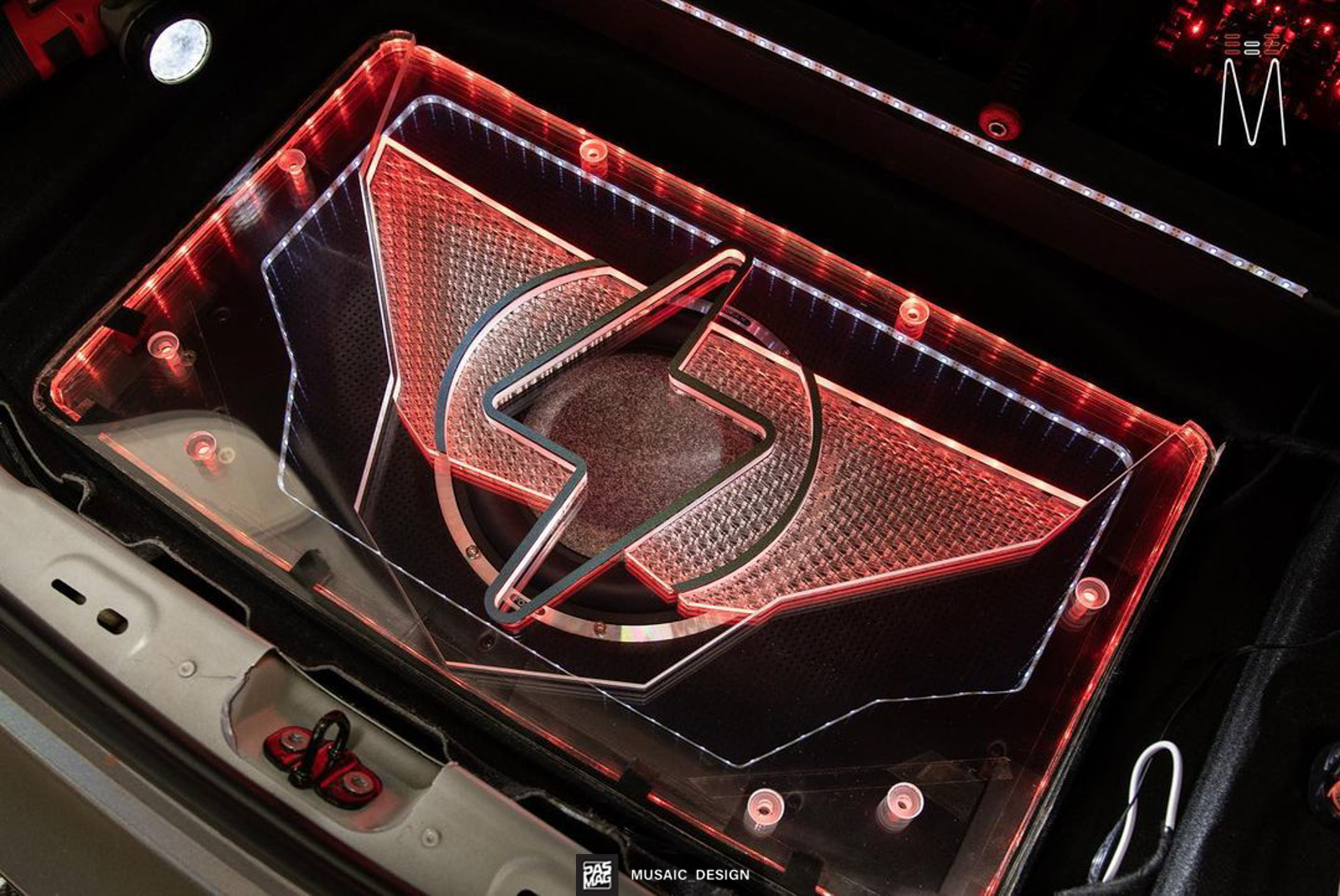 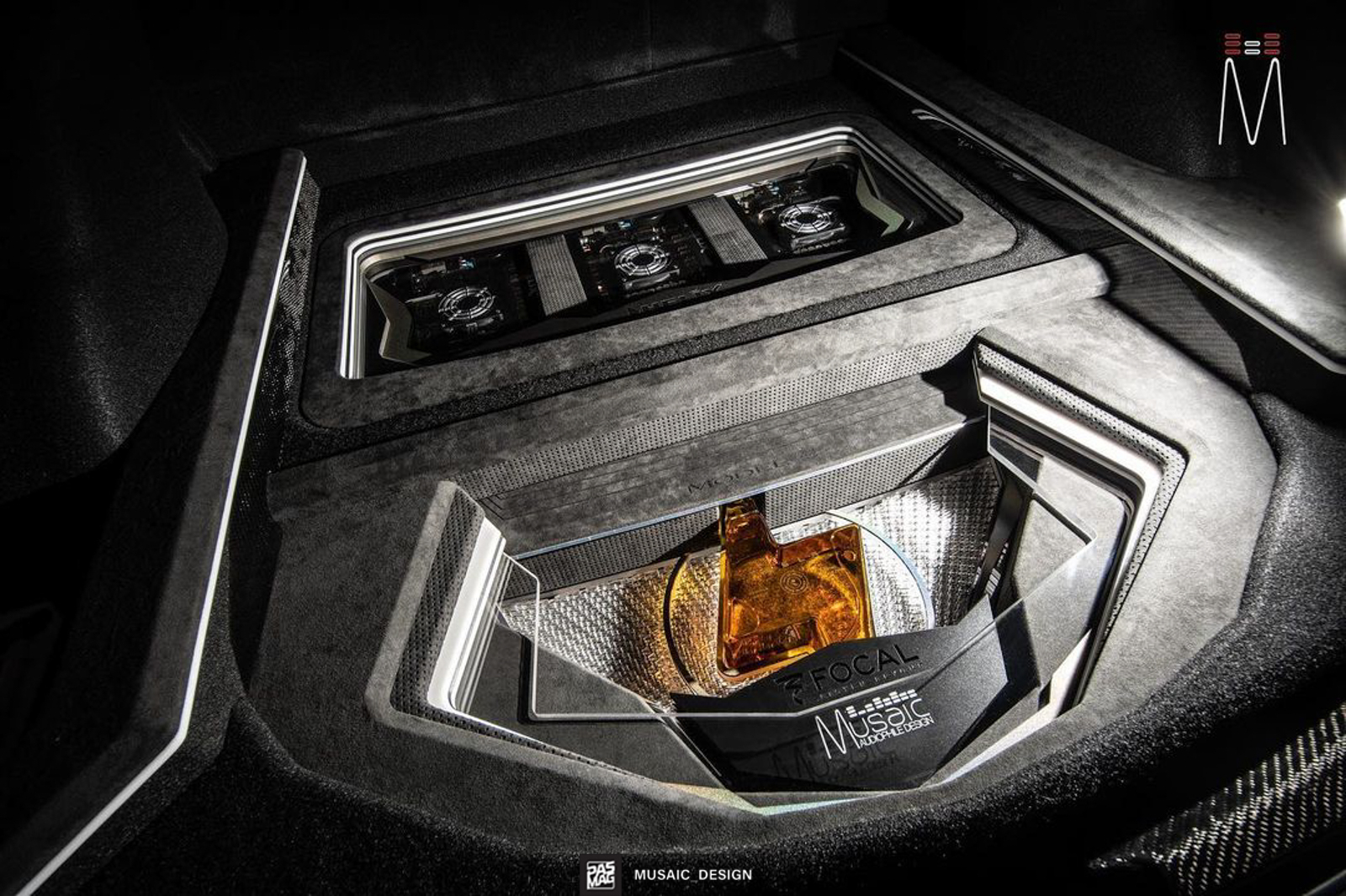 Tofu Auto Works Miata Speedtail Hardtop
This comes courtesy of Chris Watson aka Tofu Auto Works from New Zealand. As you can see he is about the Miata life. These are two of his cars; the...

Sekanskin Poser Nissan GT-R Wrap
Sekanskin is a local wrap company and they do incredible work. One of the most recent projects is with my friend, imw8ng4u. He worked in collaboration...

Brian Requeno: Honda Civic EK Hatchback Custom Engraved Valve Cover
Brian Requena is a local favorite in Toronto with his EK Honda Civic Hatchback. He wins awards at every single show, and he’s a humble dude! In one of...