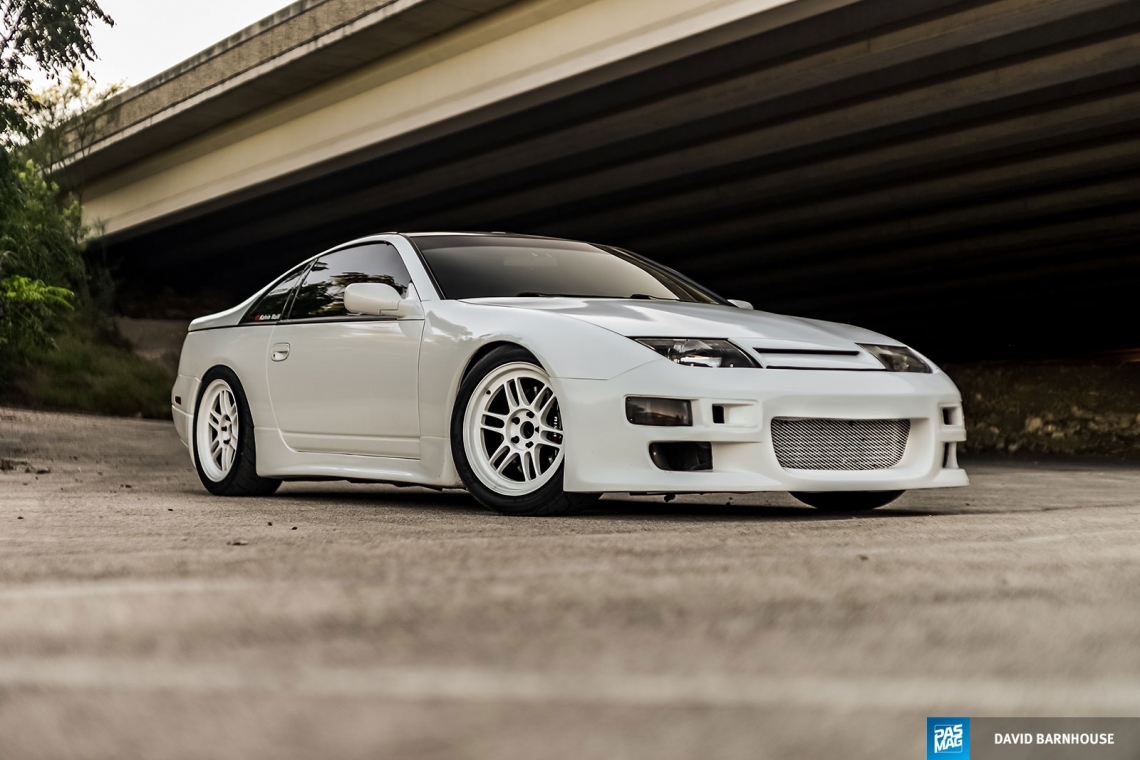 Kalvin Malli of MalliMotorworks is no stranger to building well-rounded cars for a variety of purposes. In addition to doing more engine swaps and modifications for friends and customers than he has done for himself, Malli had also built a 1990 Nissan 240SX with an RB20-swap which went on to climb high in the ranks of the Tuner Battlegrounds finals the year before he finally won. That building experience would pay off in spades as he assembled his next personal build, the 1990 Nissan 300ZX you see here - the same car which would take him to the top spot of Tuner Battlegrounds 7.

Malli’s love for the 300ZX platform runs as far back as he’s had his driver’s license. When he was searching online for his first car, he stumbled onto an ad for a twin-turbo 300ZX in pearl white. Despite the fact that he knew he couldn’t afford it, he asked the owner to bring it by so he could check it out. “This car pulled up, and my jaw was on the ground,” he says. “It was perfect in every way. It literally looked like it came fresh out of the factory.” The guy who owned the car was nice enough to ask Malli if he wanted to drive the car around the block, and from the first moment he let off the throttle and heard the BOVs chirp, he was hooked.

Malli went on to build several S13 240SX models - eight of them, in fact - before dabbling in a couple other projects until one day, when the time was right, he pulled the trigger on the platform that had eluded him for years. Almost immediately, he began modifying the car with a small budget and minimal working space in his parents’ 2-car garage. With a 2JZ from a Toyota Aristo, and a CD009 transmission, Malli had big plans. With some help from Brad at Swap Shop Garage, the Aristo harness was converted to work with the Z32 platform and his Haltech Elite ECU. The foundation was officially in place.

WIth his original intentions to build a modernized 2JZ-powered sports car that could maintain reliability while making great power on the street, Malli kept things pretty simple. Most engine and drivetrain modifications were chosen to either maintain reliability or boost power without going overboard. A Twisted Motion GTX3582R turbocharger mated to a Driftmotion turbo manifold and an HKS wastegate takes care of the added boost, bumping power to a respectable 500 whp. That tasteful minimalism continues throughout the entire build, and is most noticeably appreciated on the 300zx’s exterior. A simple front bumper from KBD, side skirts from Stillen, and Twin Z Design rear spats and diffuser make up the mix-matched kit at ground level, and a WINFactory replica wing and custom extensions on all sides go the distance in redefining the Z32 silhouette without drastically altering the car’s original essence. Some custom canards, fog light ducts, a molded hatch, and J-Spec tail lights go the distance in setting the car’s style apart. Sleek, clean, and looking like speed itself - the way the Z32 gods intended. Inside the cockpit, Malli went for a more exotic feel with his creature comforts. Leather Corbeau seats with Interior Innovations leather and suede seats covers hold driver and passengers in place, and a Nova Suede dash with red-stitching was made by hand to set the interior apart from any Z32 before it. LED lighting is found throughout the dash and interior for a clean and crisp look that suits the rest of the car perfectly with the glow from the Glowshift gauges. Of course, no modernized interior is complete without ample music listening power, so a Kenwood head unit serves as the source unit for a complete set of Skar speakers and matching 10-inch subwoofer.

Back when Malli’s car sat in the PASMAG booth at the 2019 SEMA show, the car was in an eye-catching OEM red, but once he finished moving from New York to Texas to open his own shop space, he got to thinking about that pearl white 300ZX that hooked him all those years ago. As soon as he had some free time to give his own car some attention, he wrapped the entire car in pearl white vinyl, emulating the very car that kicked off his passion.

These days, Malli stays extremely busy with MalliMotorworks. Despite that, he tells us he still intends to continue working on the 300ZX, and even though it was built as a reliable street car that could hold its ground at shows, he also intends to bring it to the track and properly beat on it. We can’t wait to see this thing unleashed. Kalvin’s work speaks for itself, so if you’re near Seguin, Texas, don’t hesitate to hit up MalliMotorworks if you need his help! 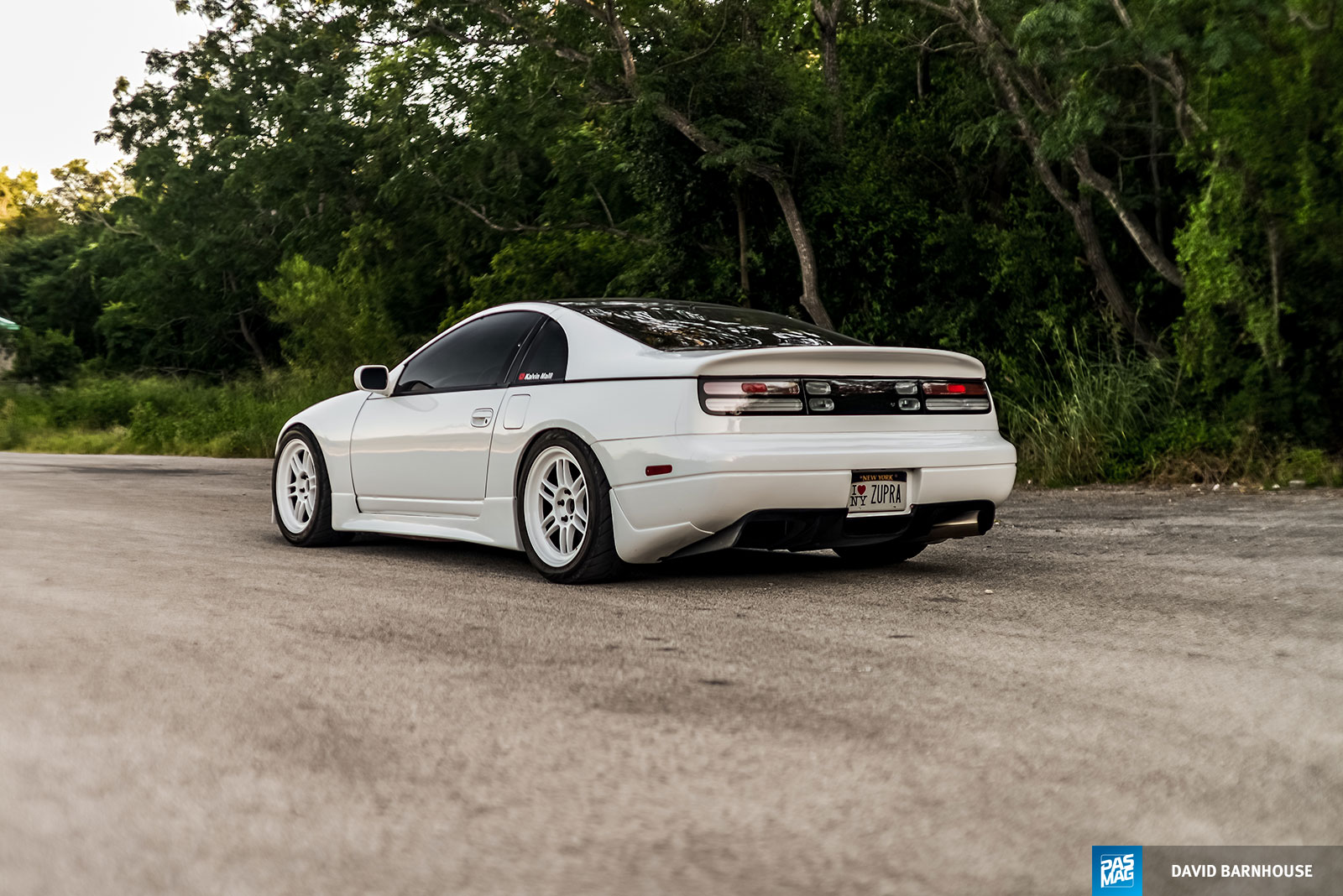 Kalvin and his 300ZX are featured in PASMAG #161. CLICK HERE to order. 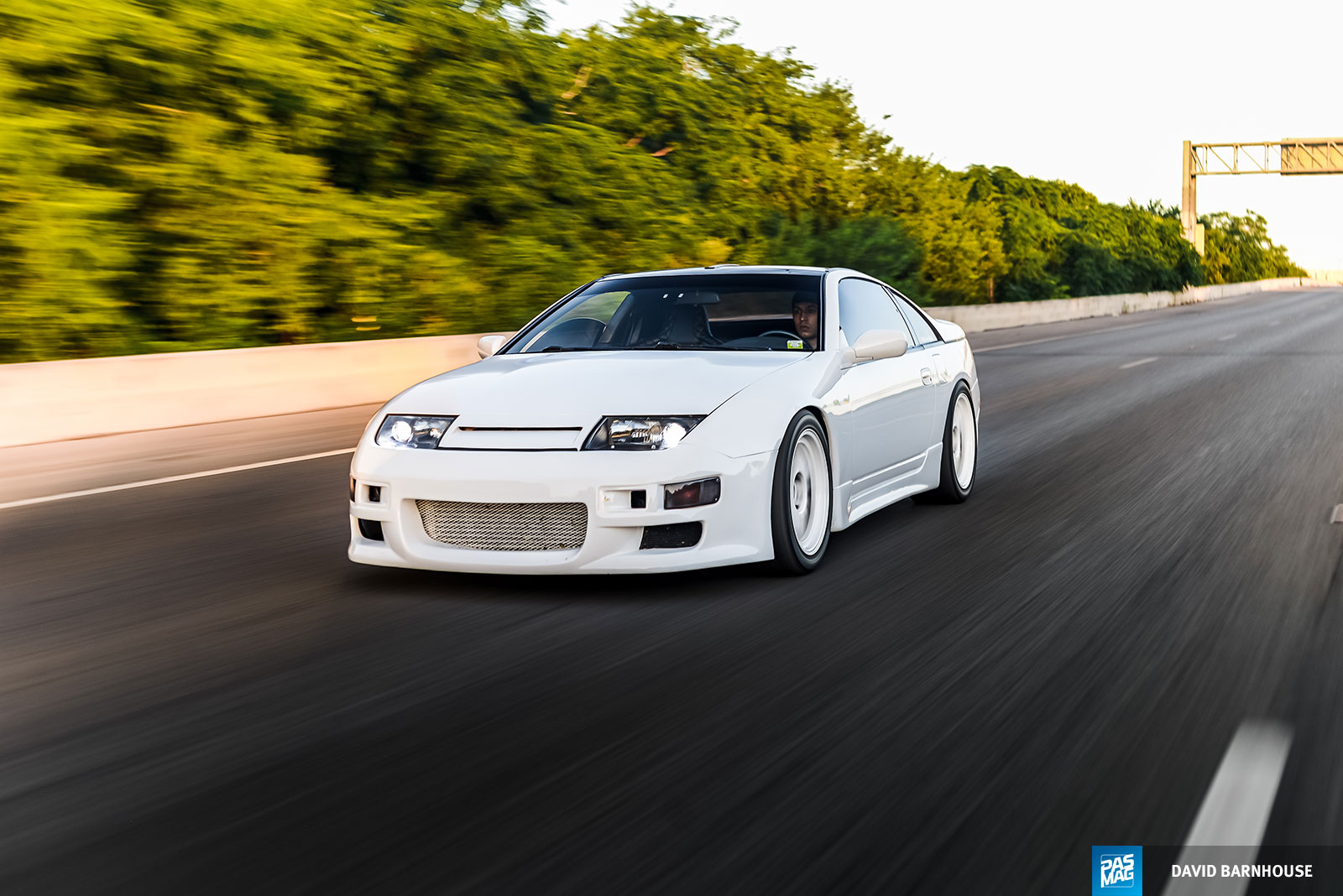 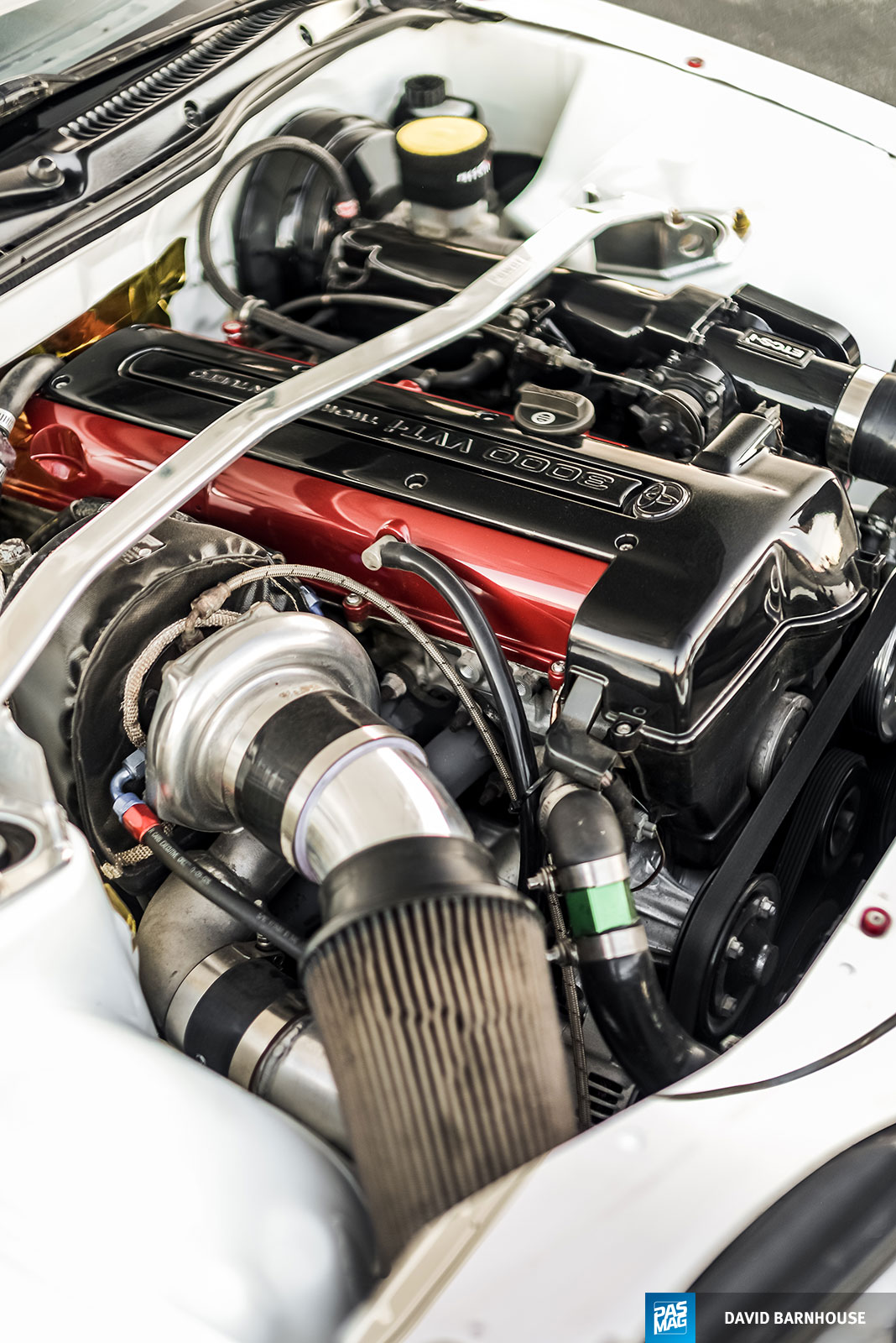 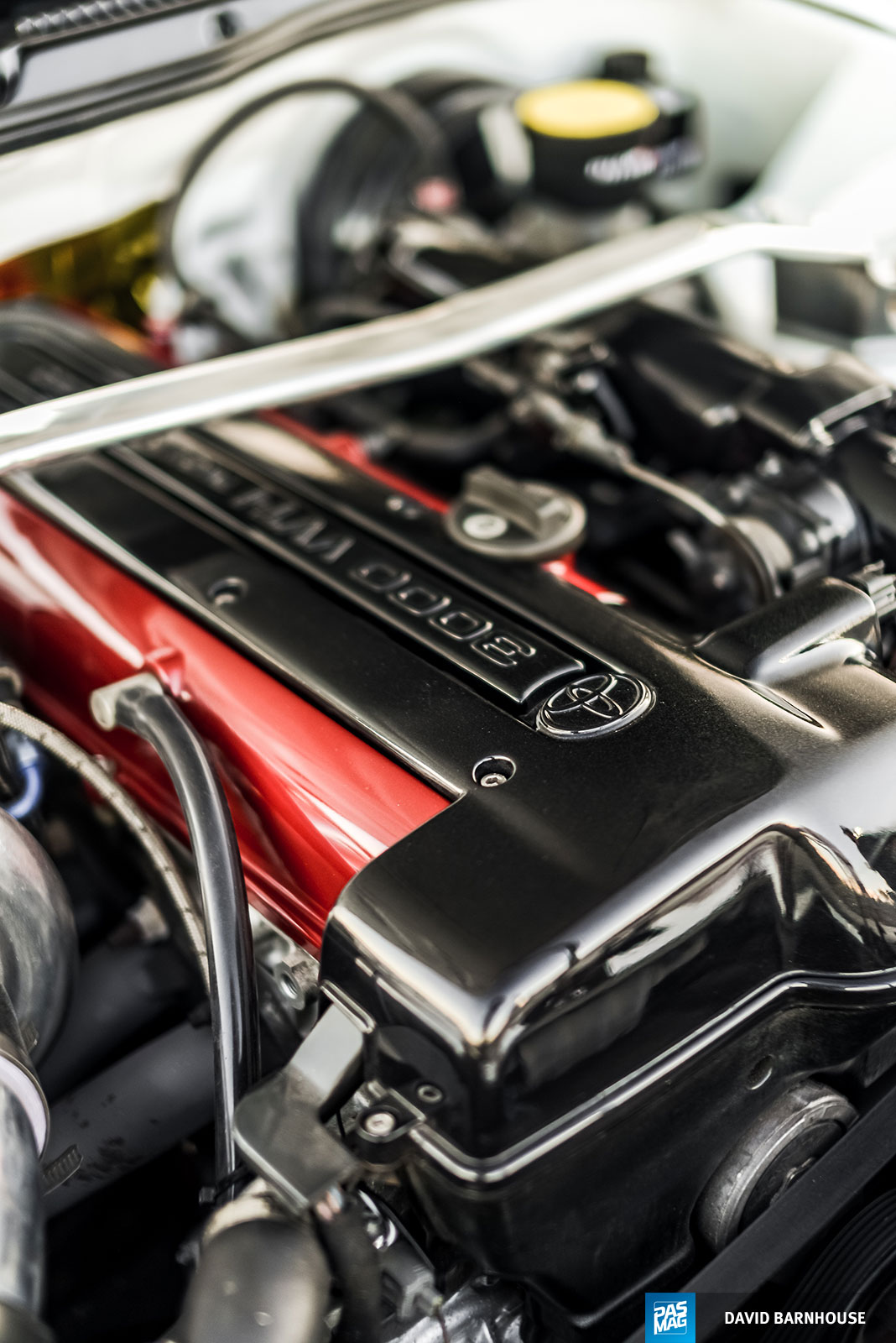 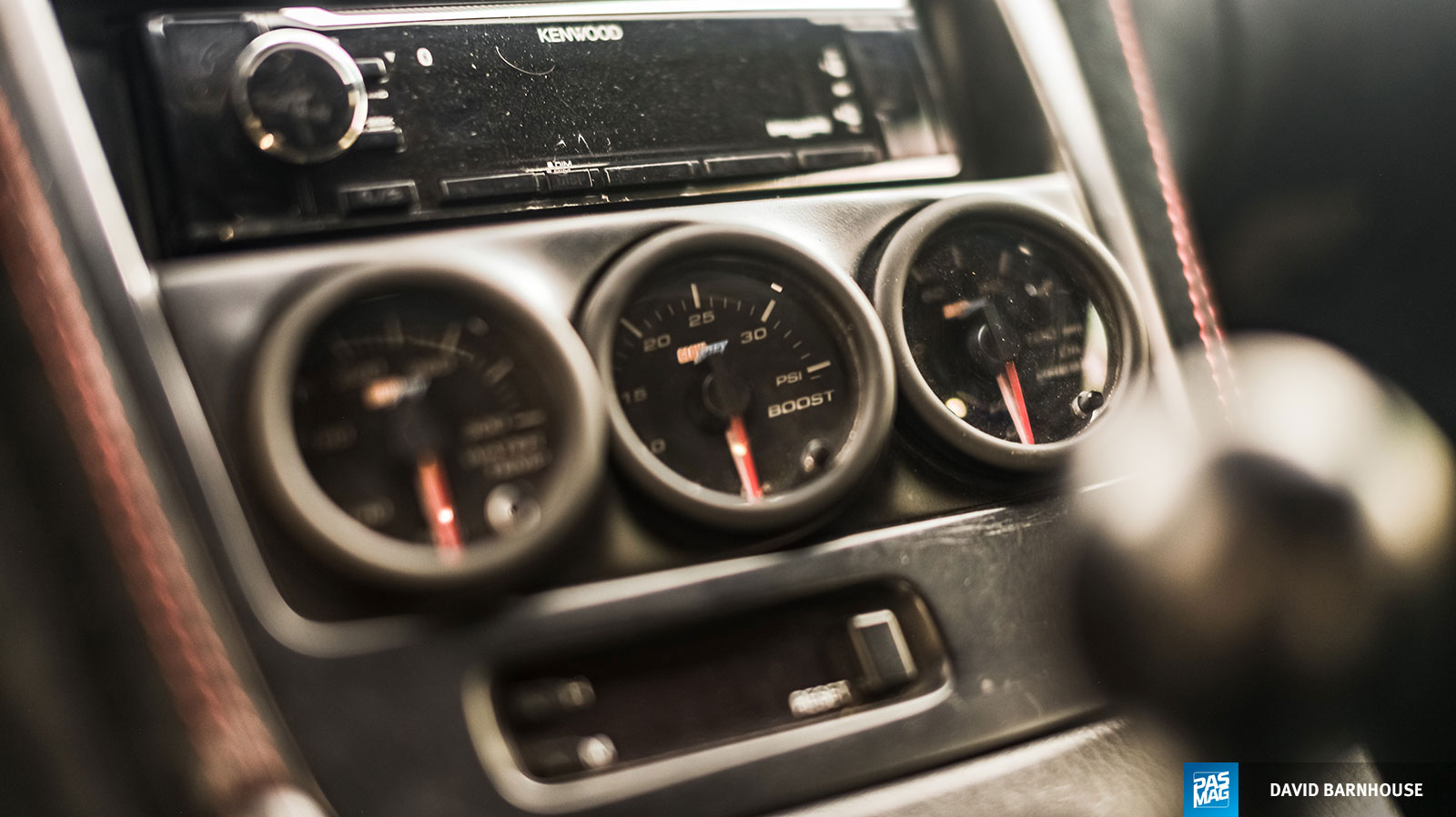 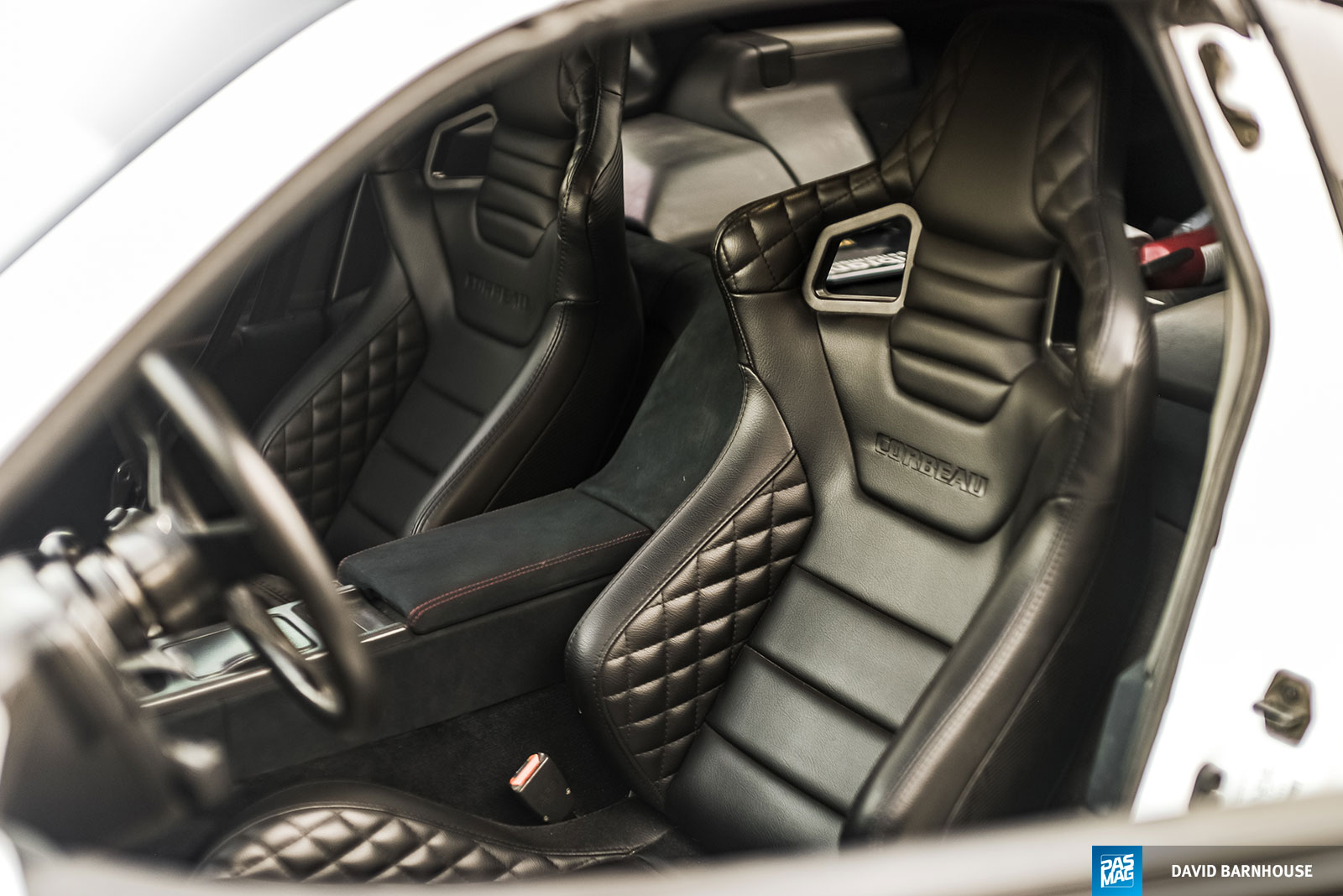 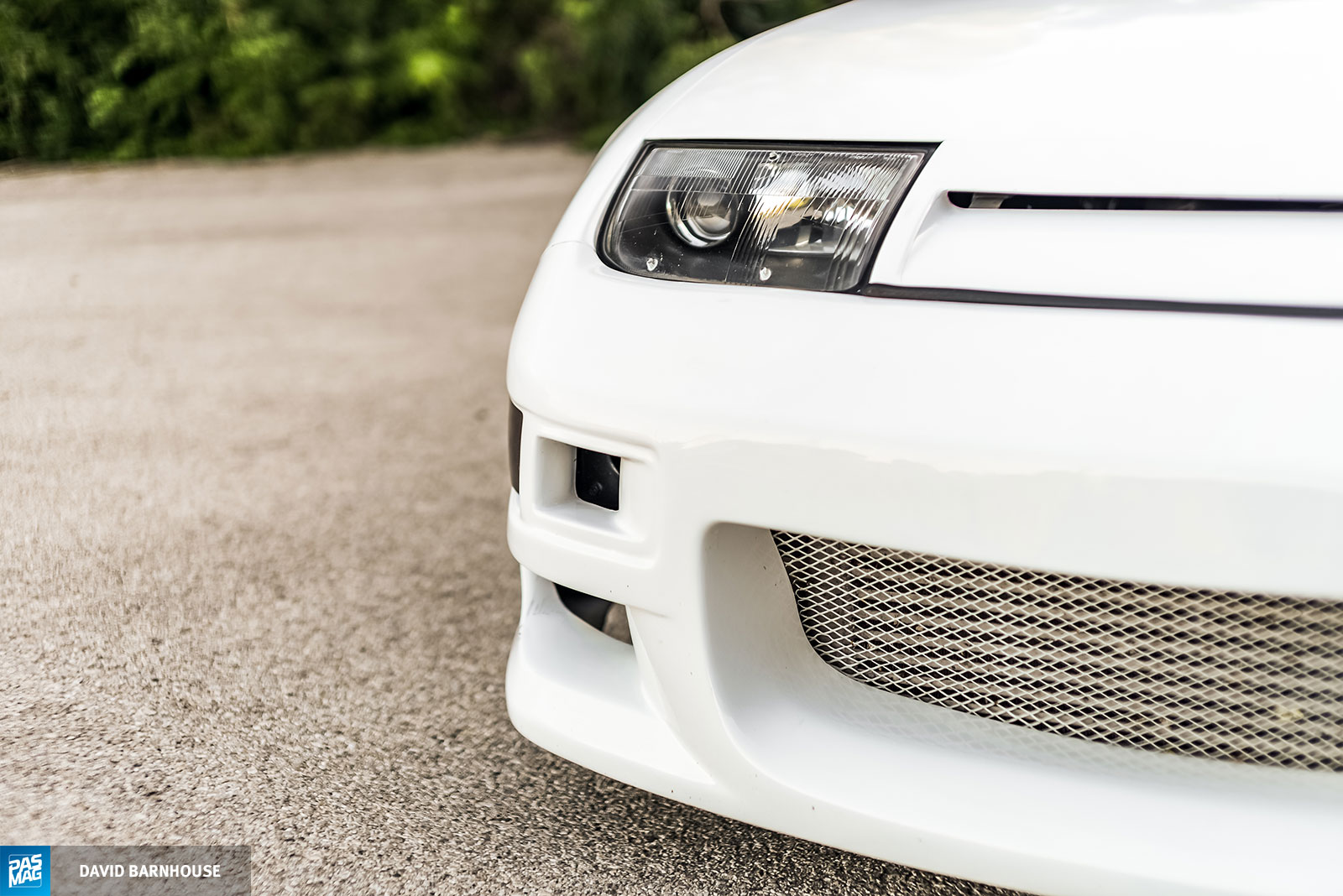 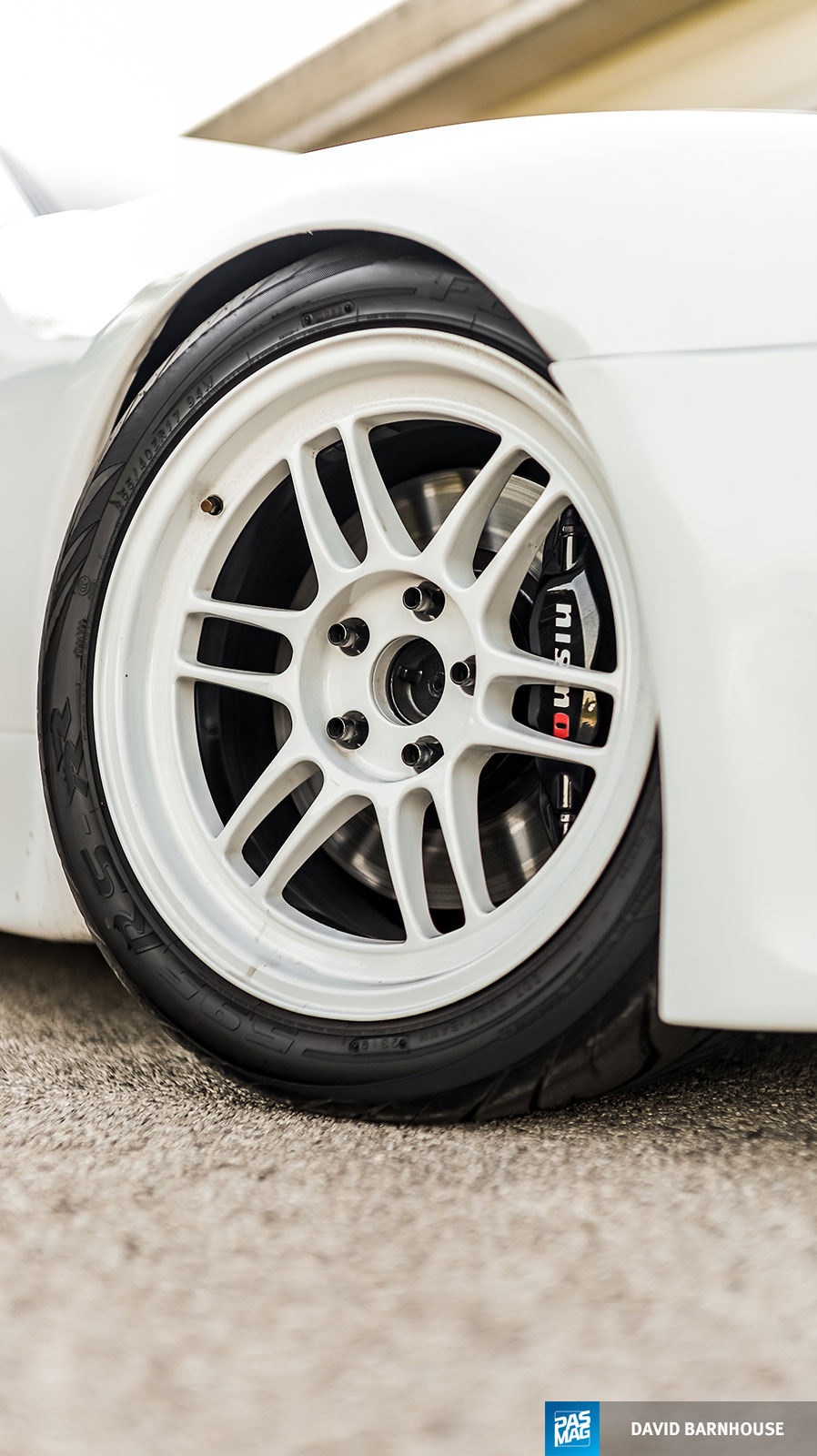 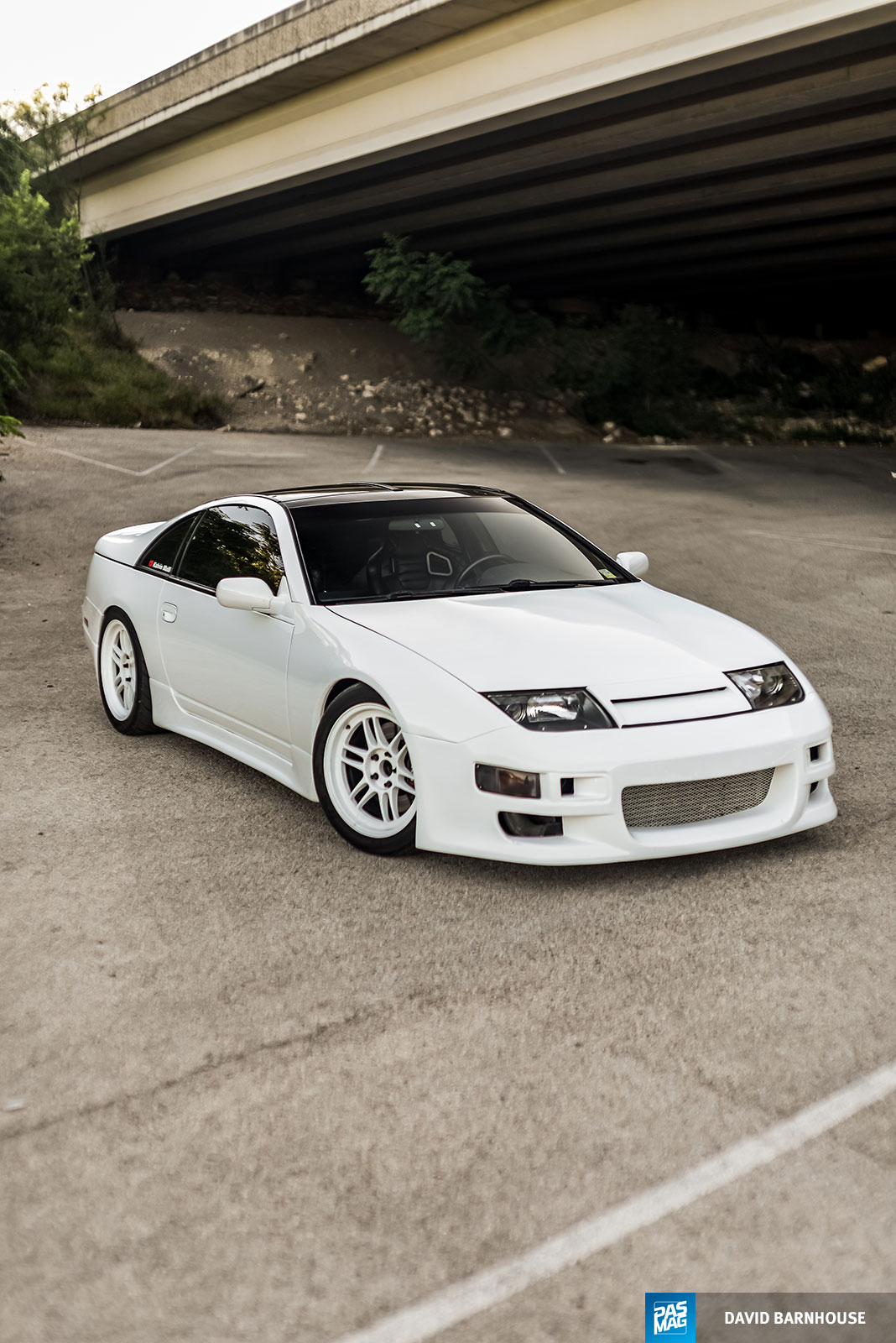 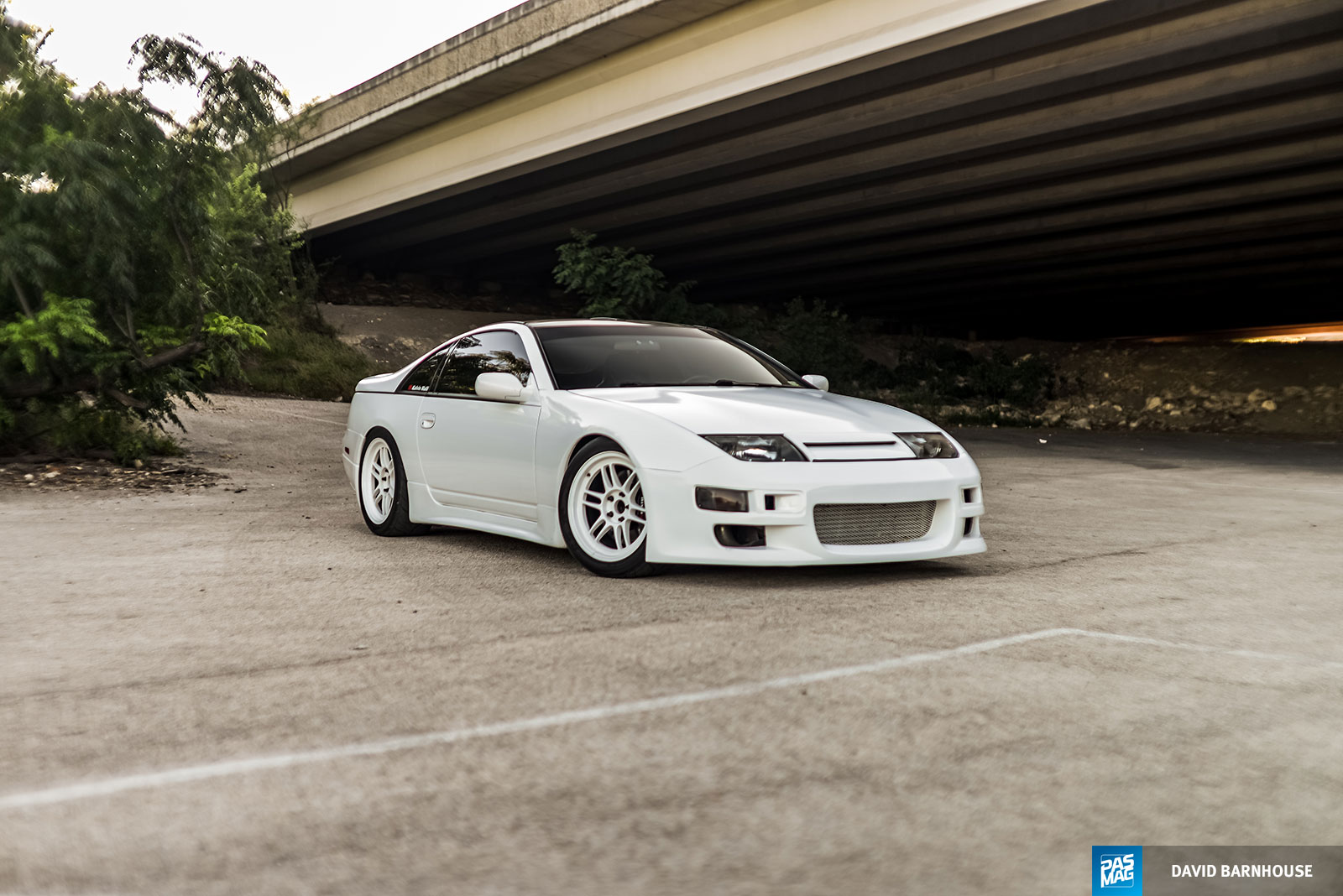 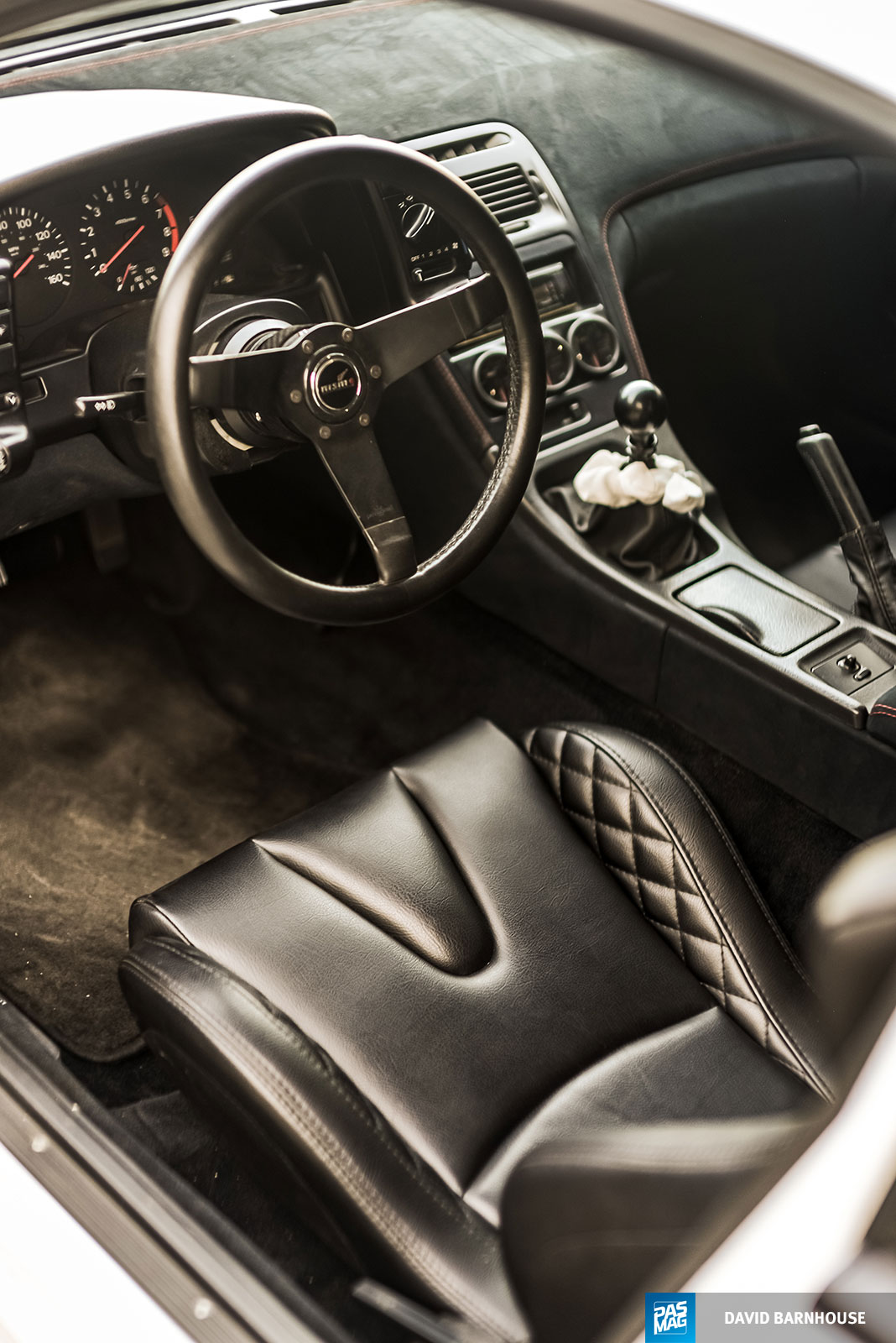 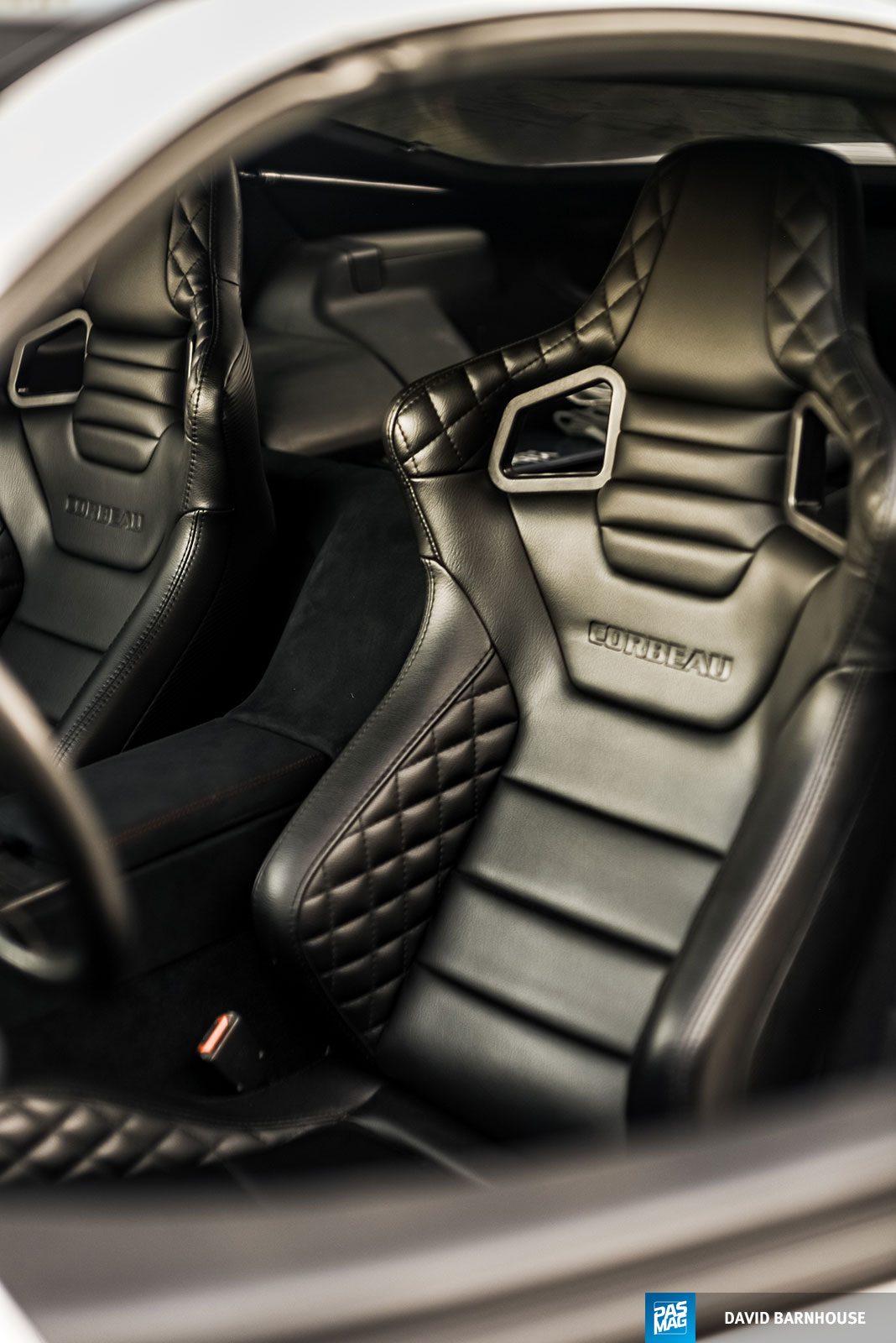 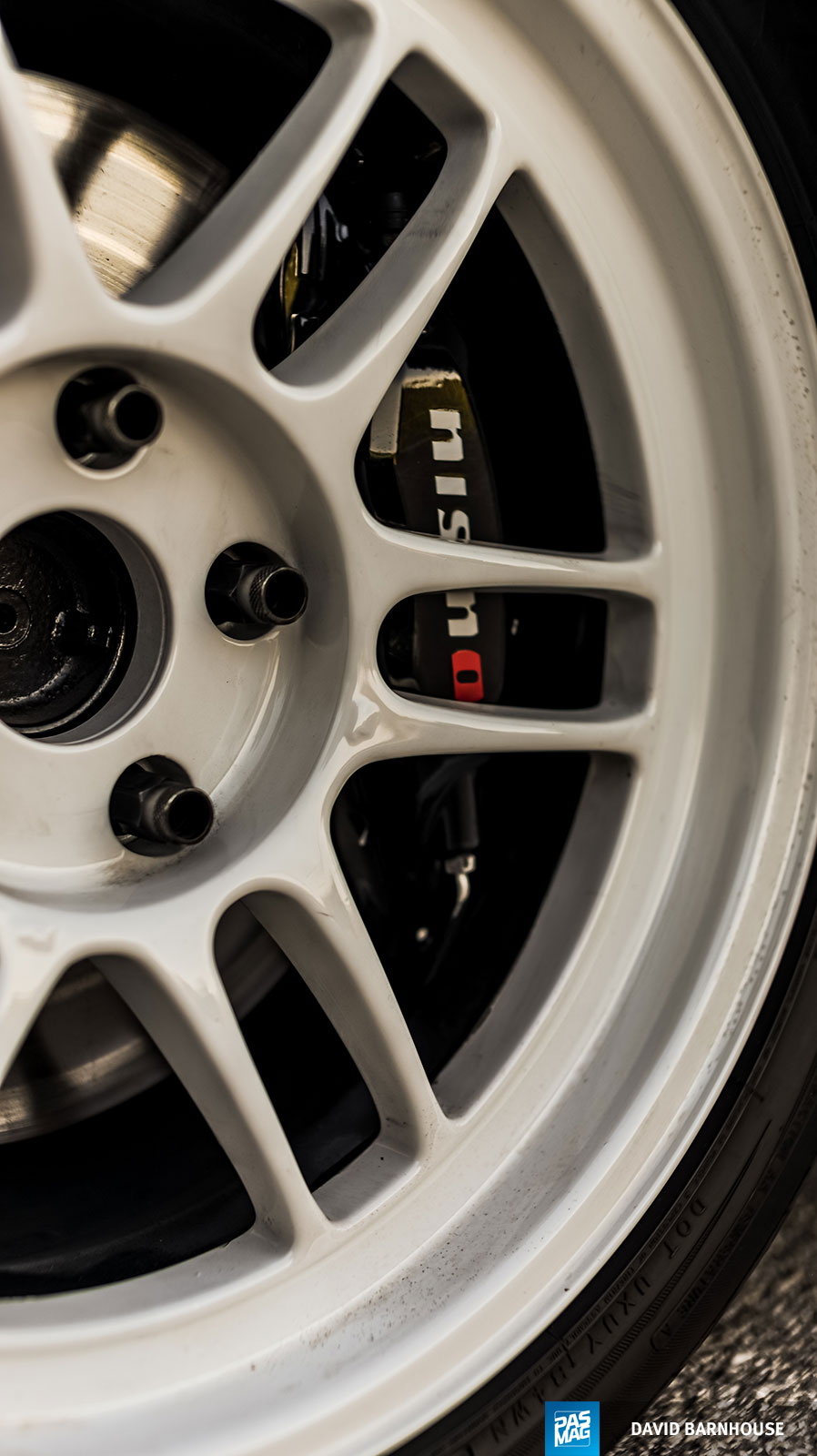 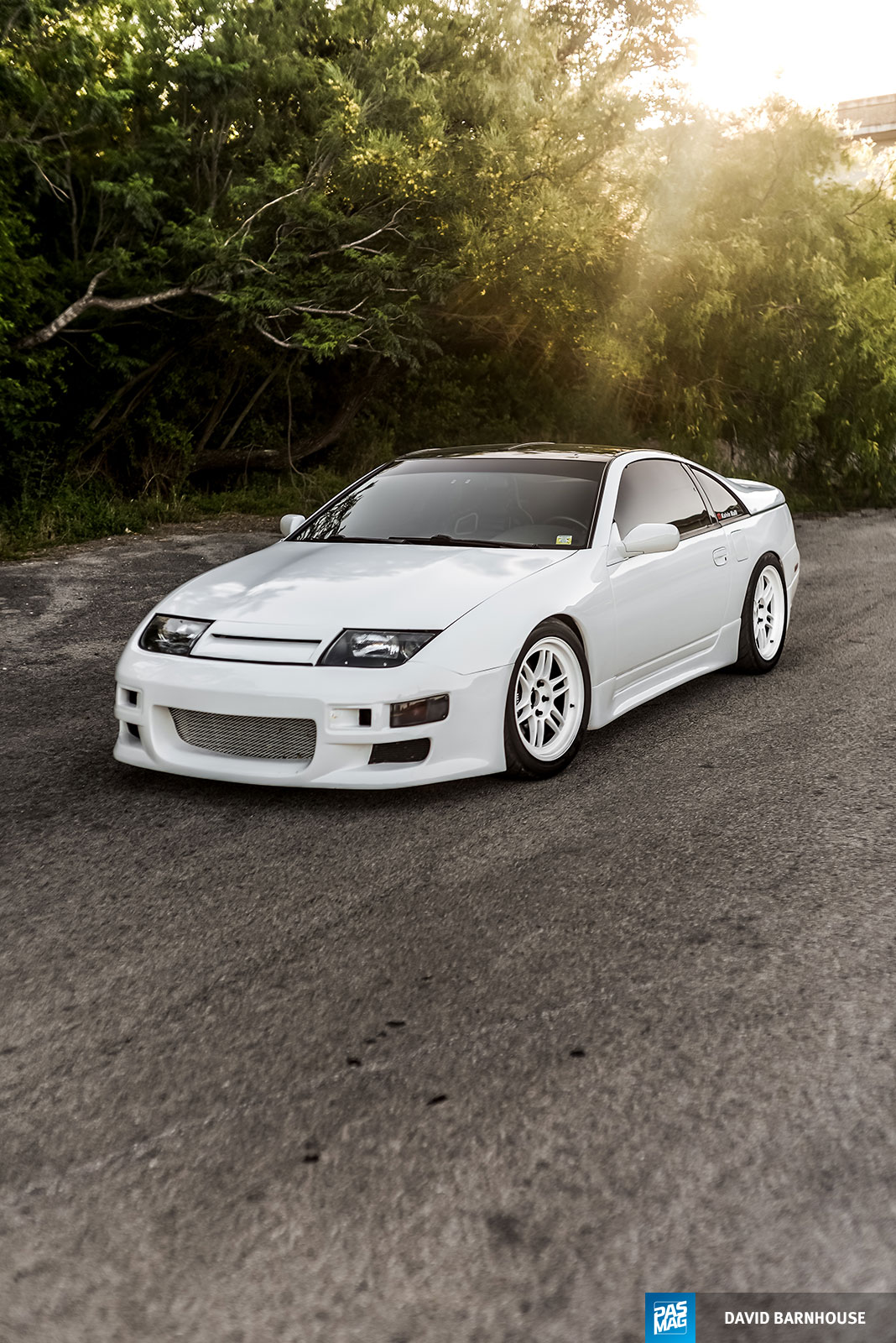 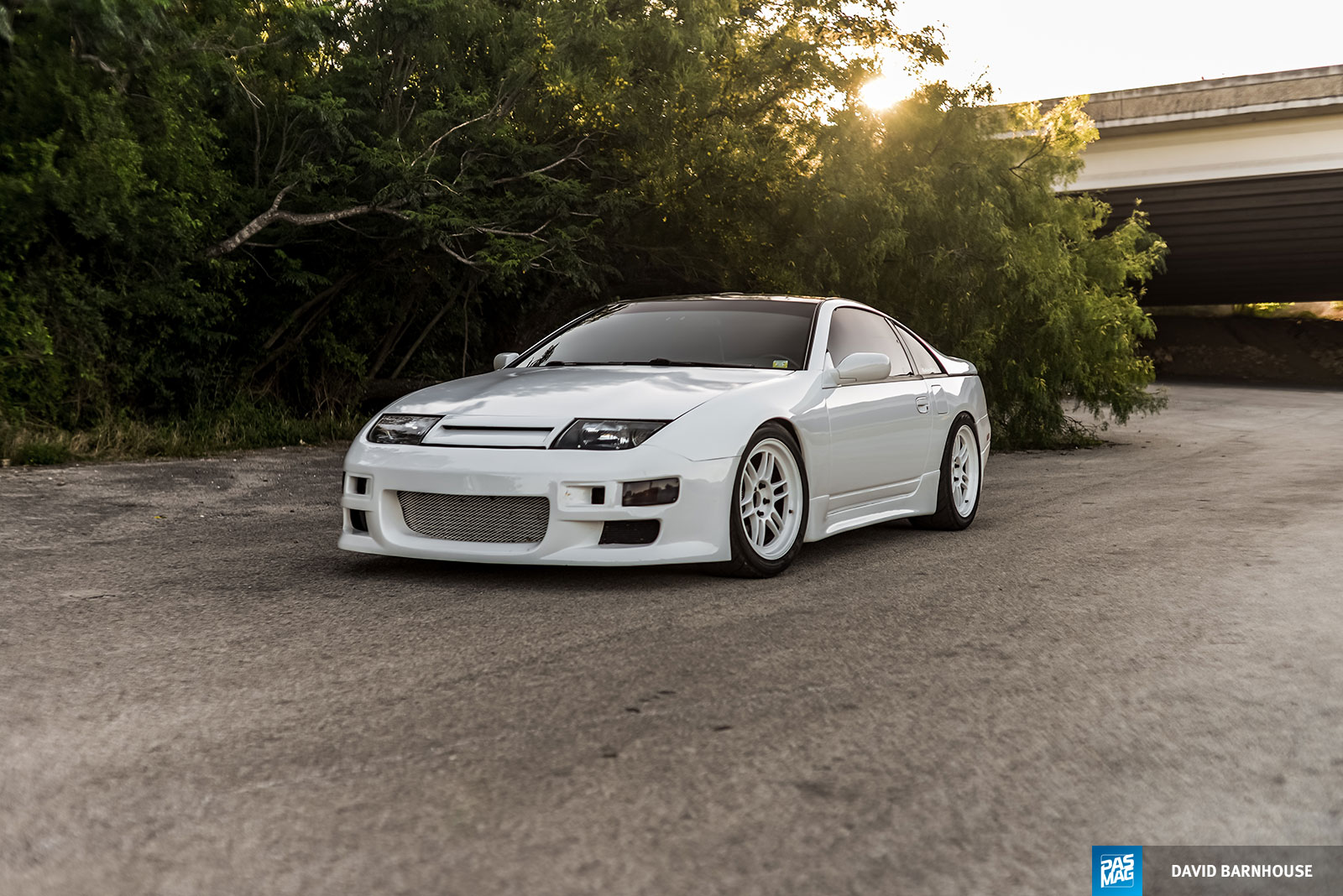 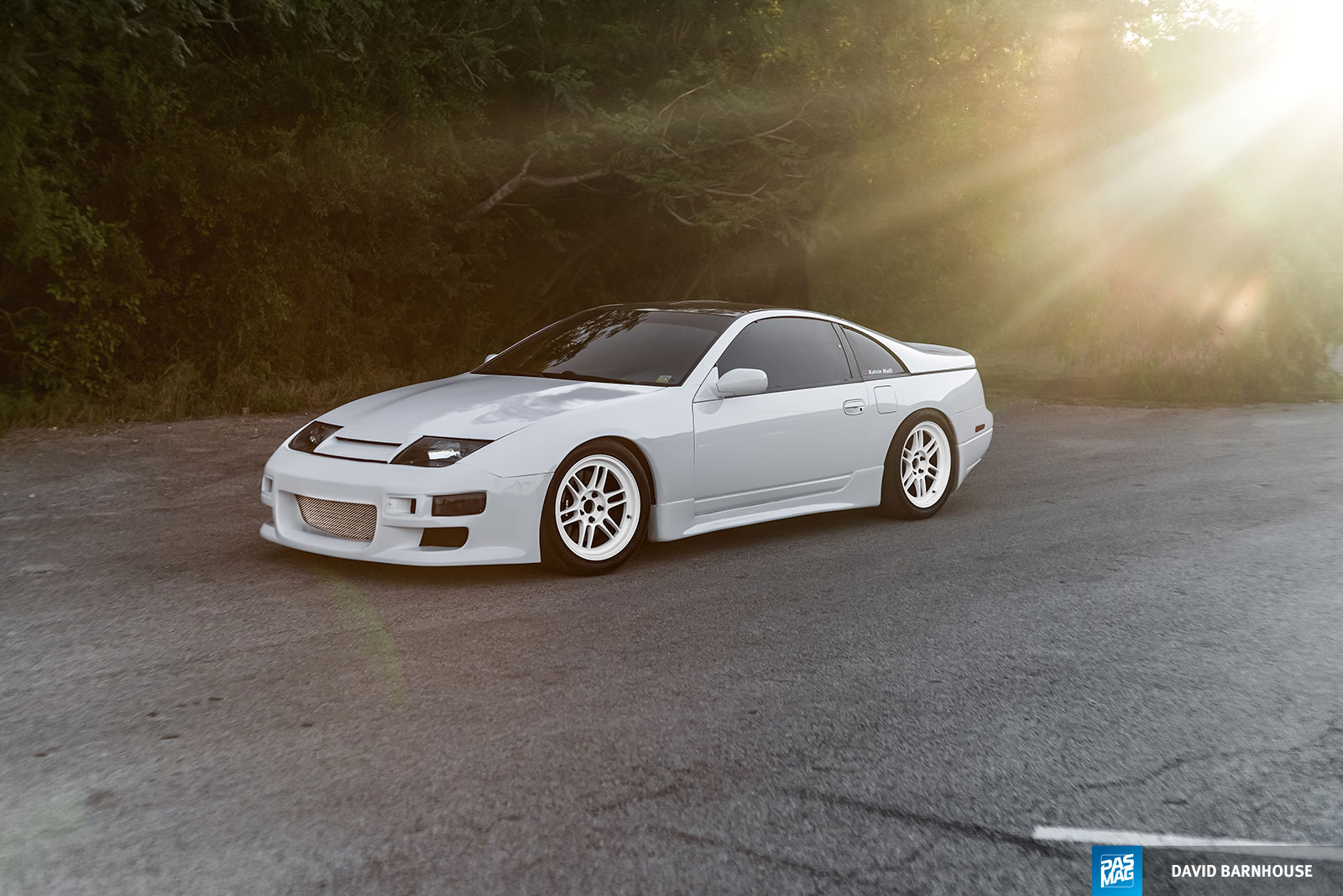 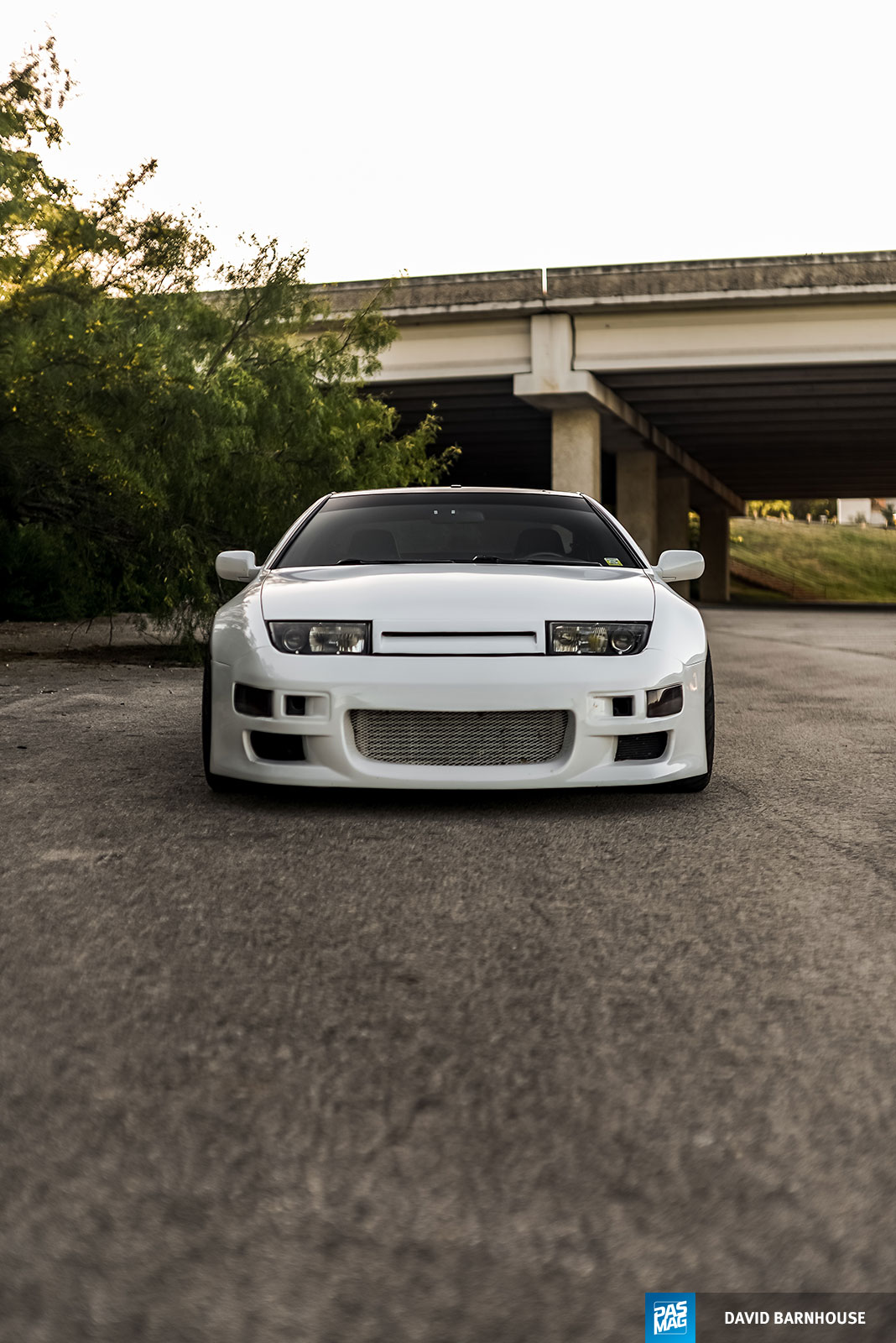 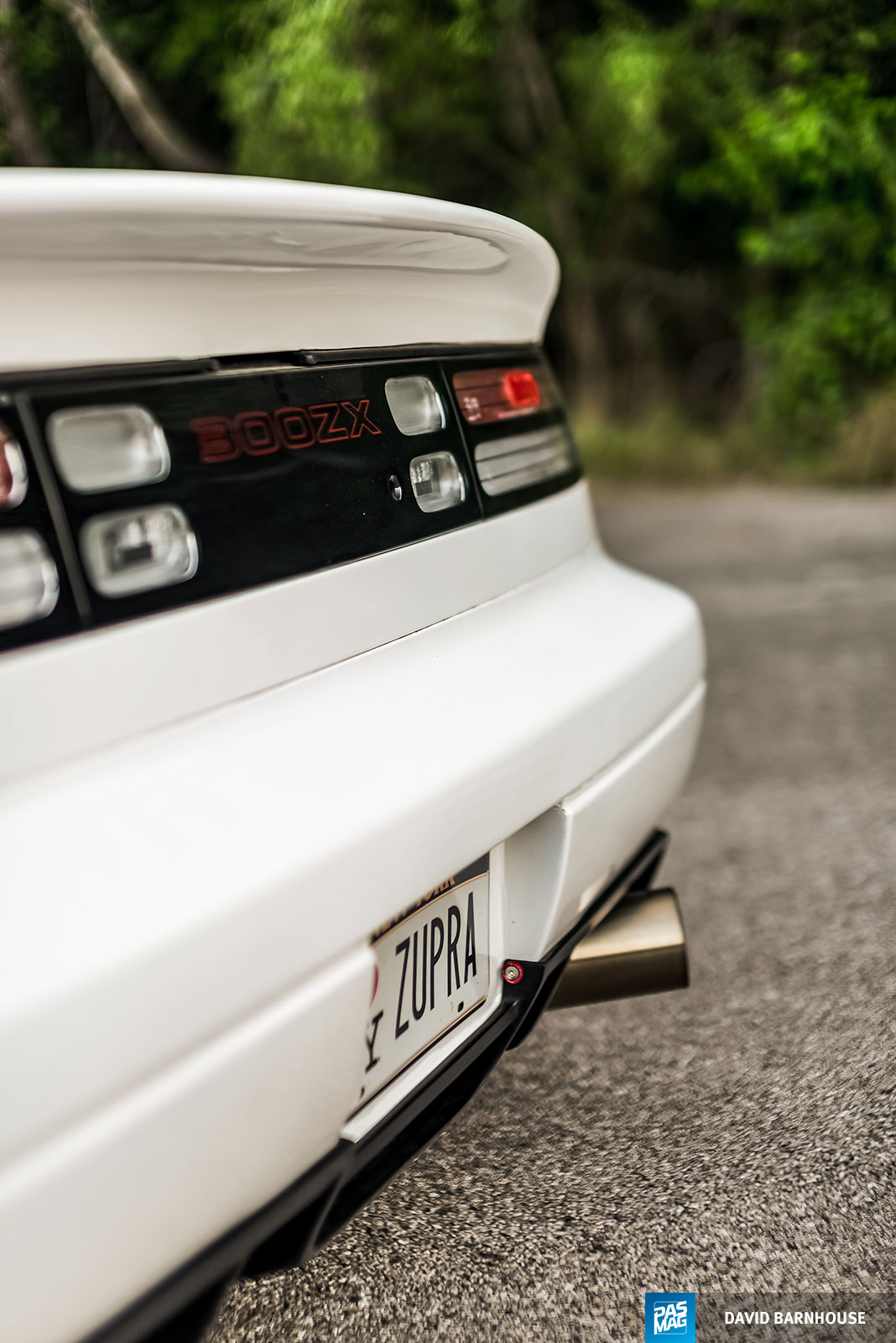 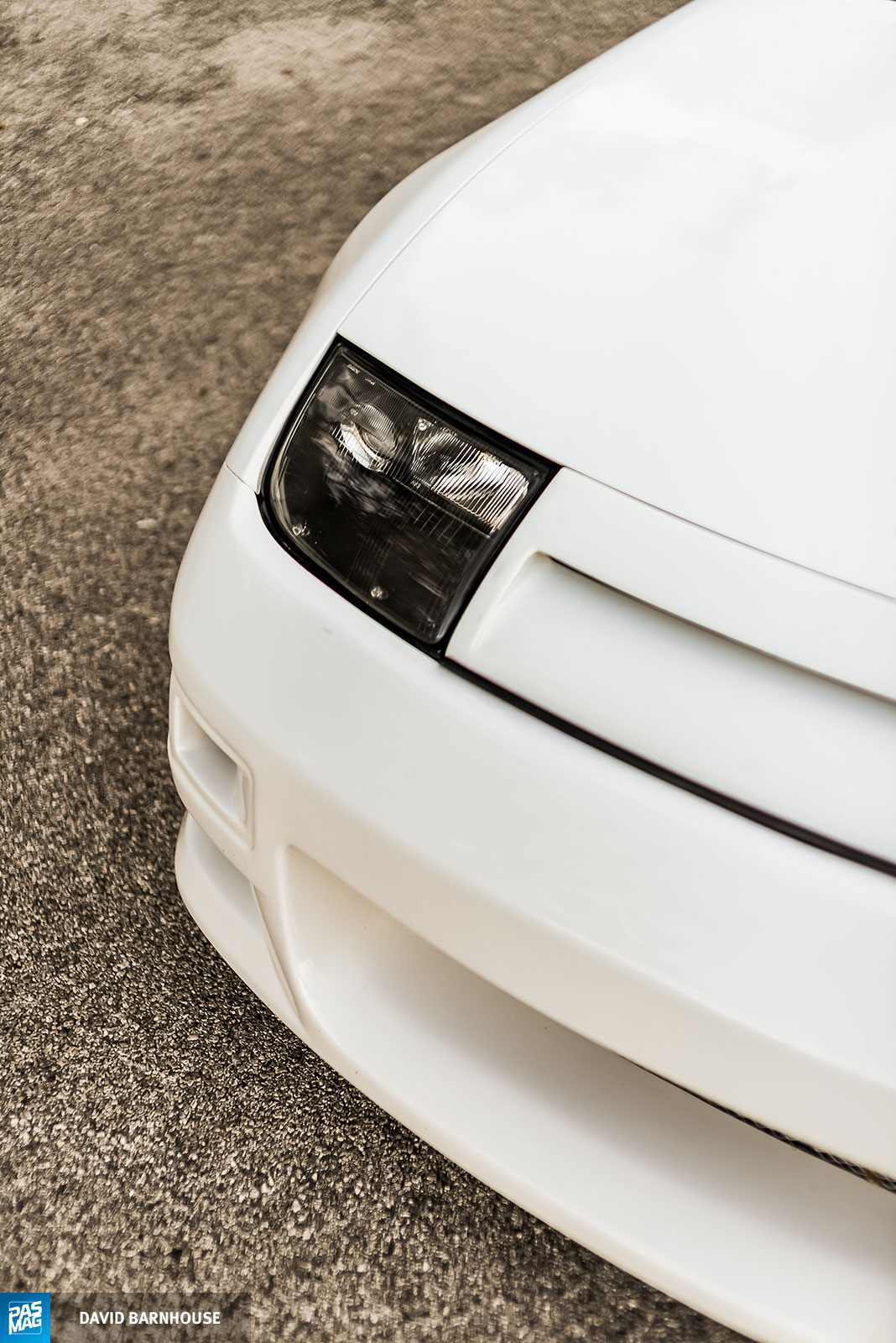 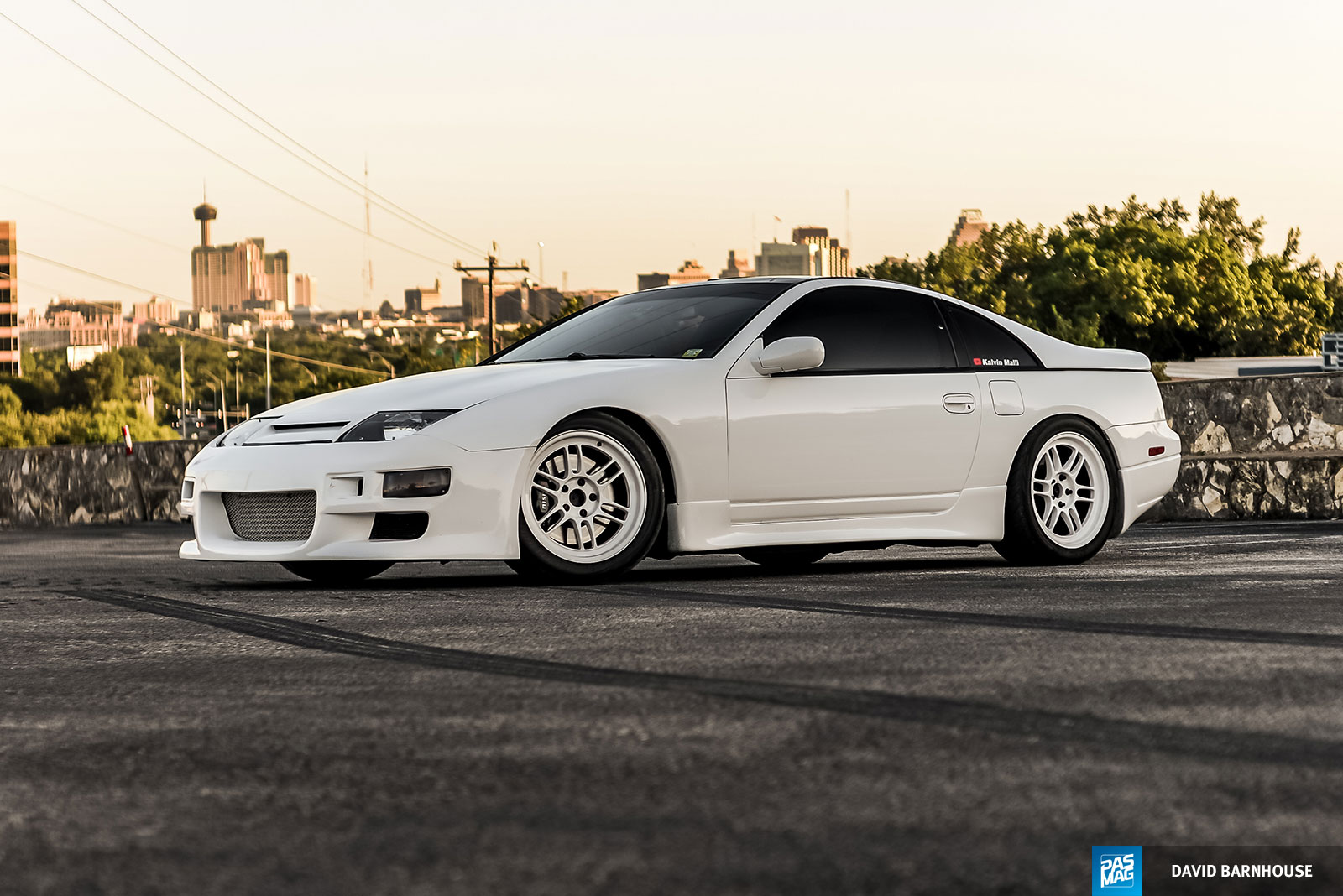 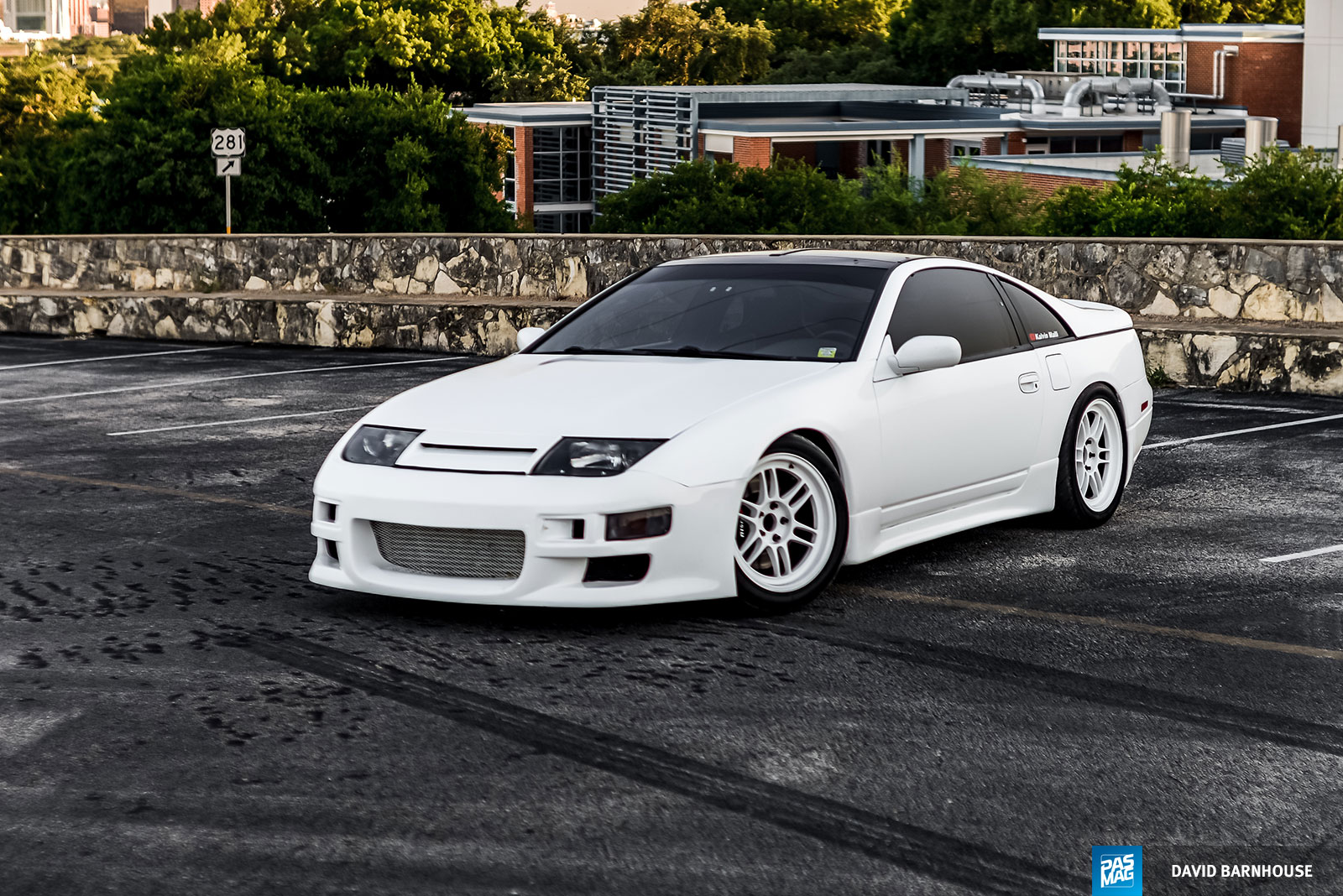 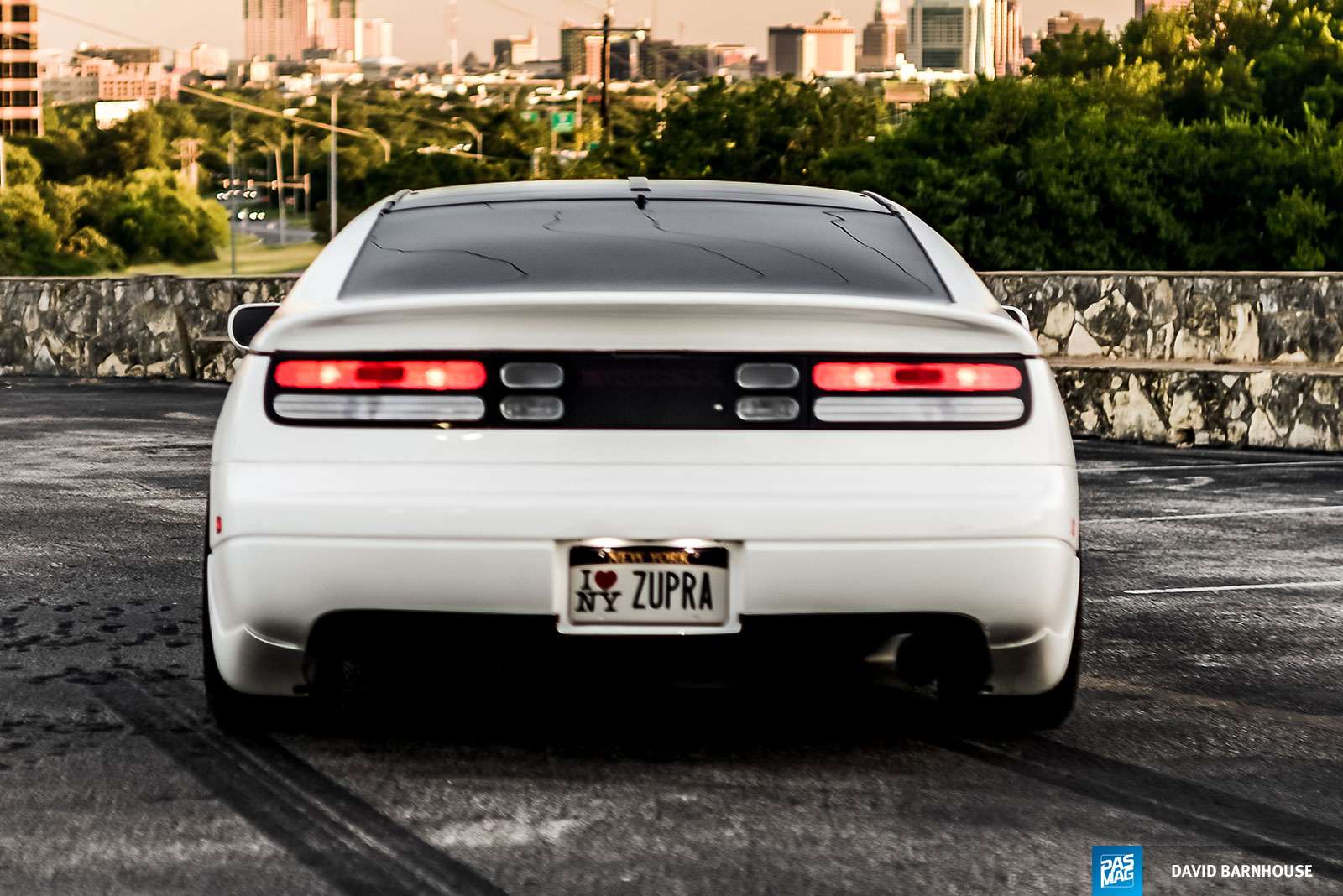 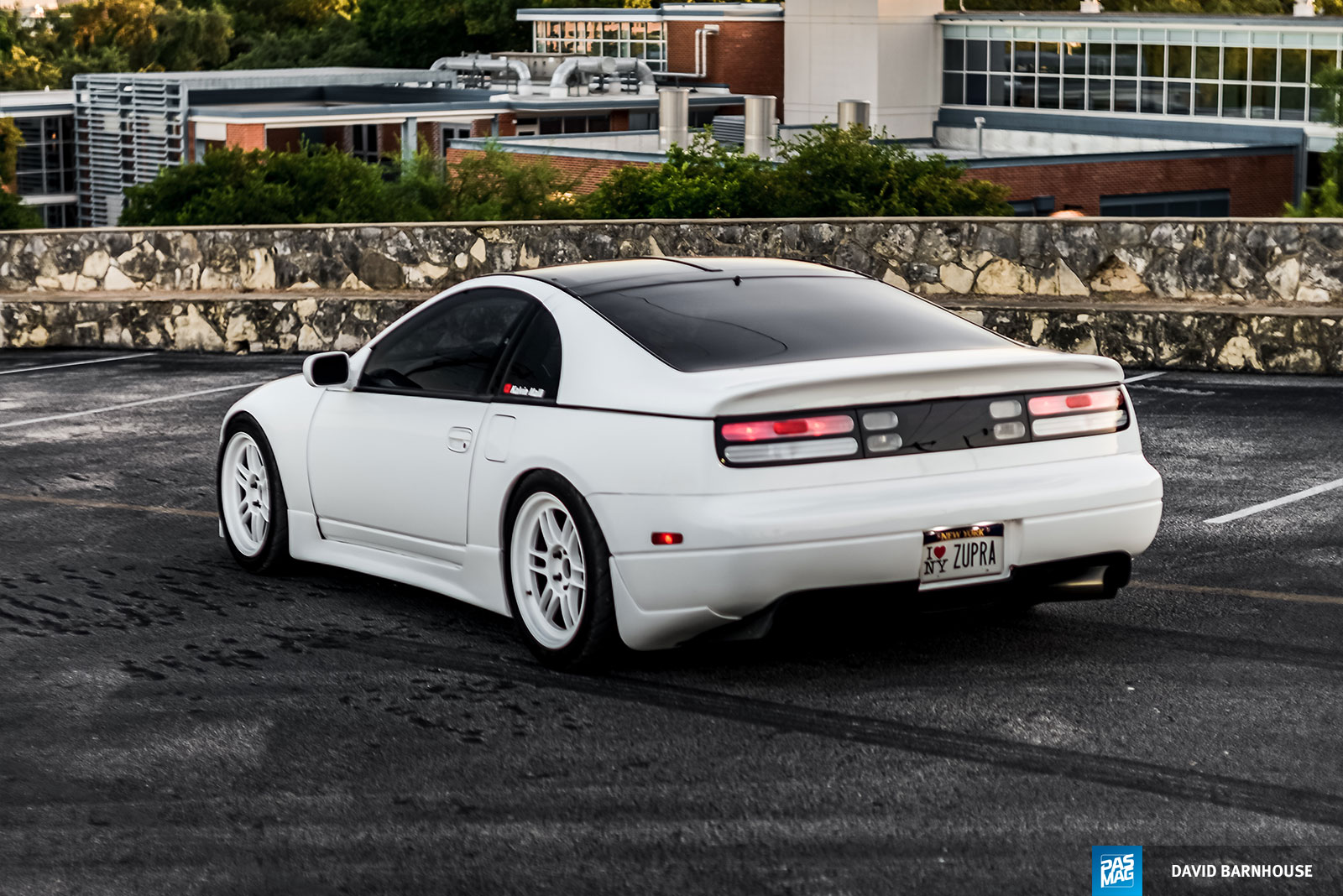 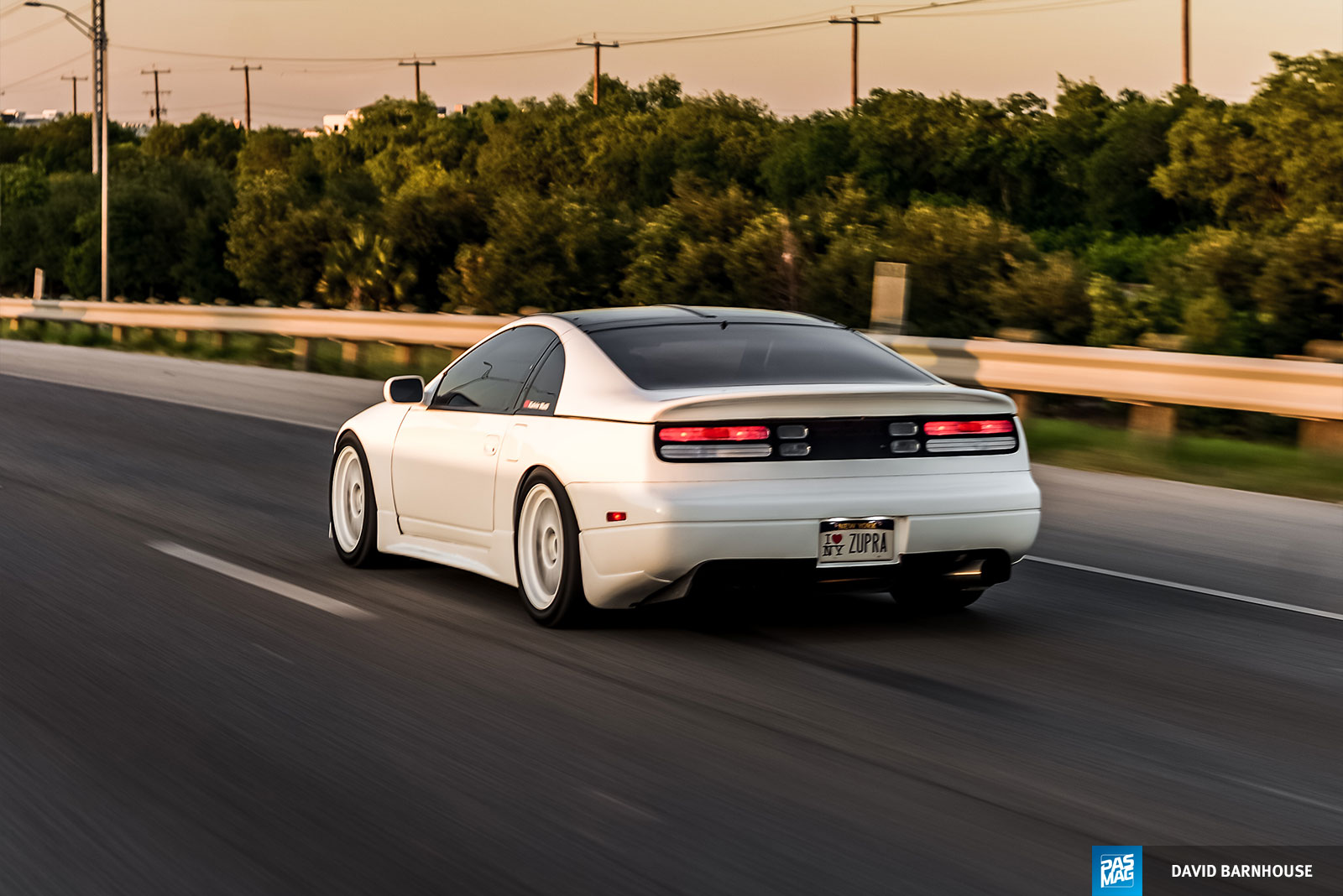 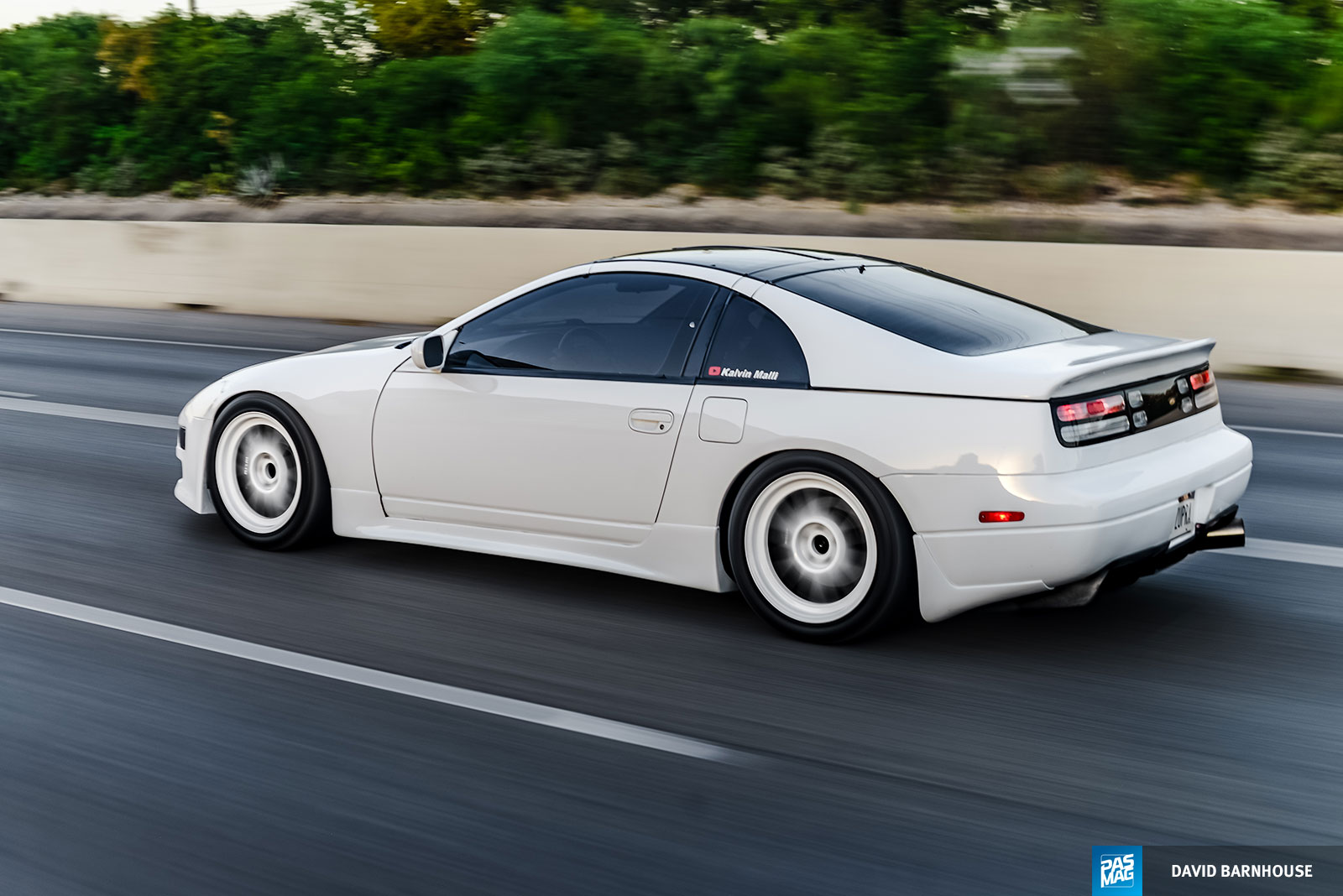 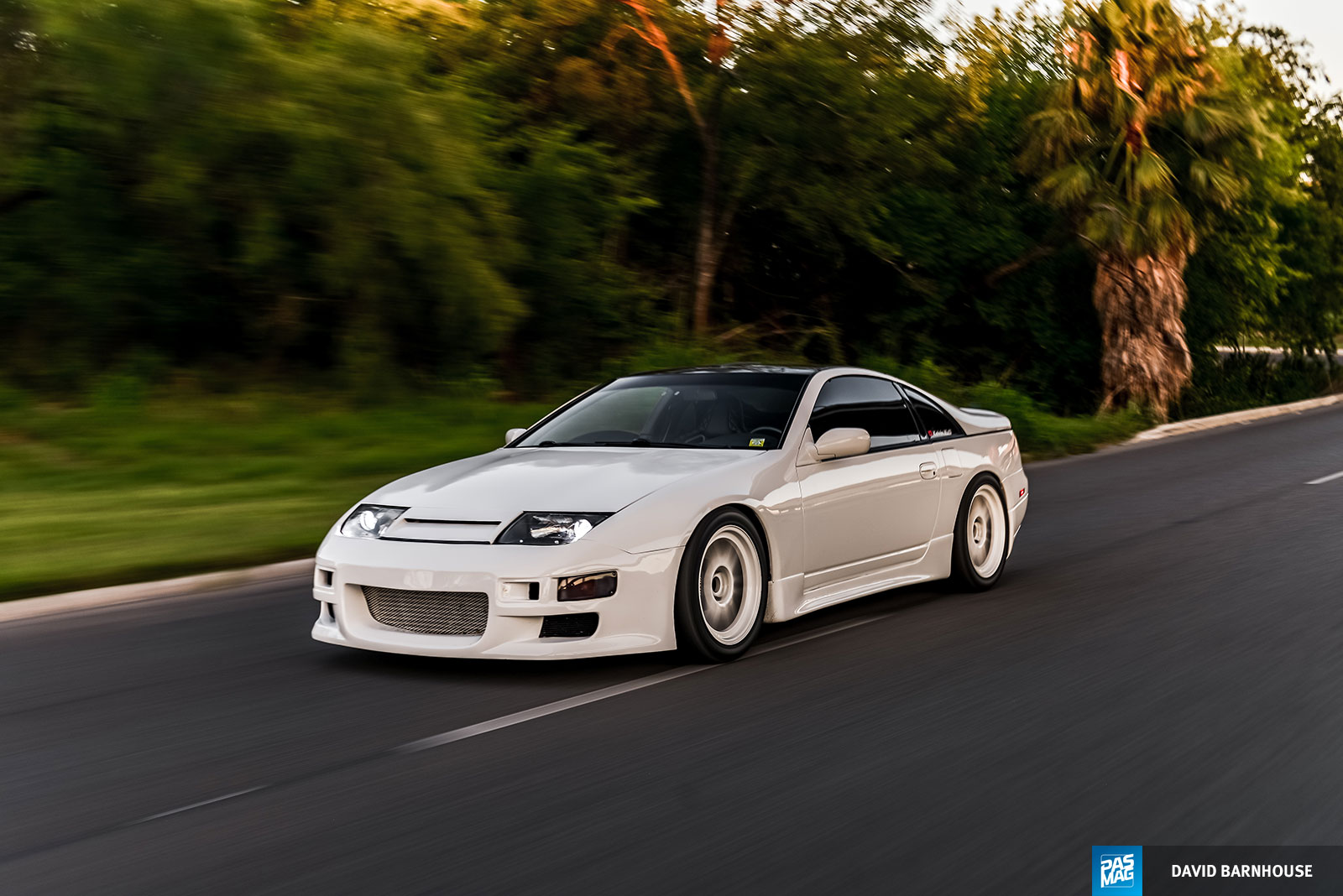 Hondas Forever: Jonny Guerra’s 2017 Honda Civic Type R
Photography by Juan Brena, Tyler Huang Jonny Guerra has been a Honda fan for as long as he’s been into modifying cars, a passion which he found...

Trust The Process: Peter Cervantes’ 1990 Nissan Skyline GT-R
Peter Cervantes cut his teeth on modified cars in the racing scene of Guam from a young age. At just 13 years old, he was spectating street drags,...

Ready For The Track: Cody Schiedler’s 2012 Audi TT RS
The first car Cody Schiedler bought as a teenager was an 2001 Audi A4. He fell in love with the Quattro AWD, "snowboarding trips made it a...