“As a trade-only event, the SEMA Show is where every car enthusiast dreams of attending,” said Tom Gattuso, SEMA Vice President, Events. “SEMA Ignited, the official SEMA Show after-party, has made it possible for consumers to participate in the excitement. The Battle of the Builders TV special also gives viewers who have never experienced the SEMA Show an opportunity to see what happens behind closed doors, while those who attended the Show get to relive the experience.”

Along with Matranga, the TV special will feature dozens of builders in the automotive industry, as well as hosts Adrienne Janic and Tanner Foust, and judges Cam Miller, Jeremiah Proffitt, Kyle Kuhnhausen, and R.J. de Vera. For more details about SEMA Battle of the Builders and the TV special airing Sunday, January 23, 2022, at 9:00 AM. (PT/ET) on the History Channel, visit www.semashow.com/botb. 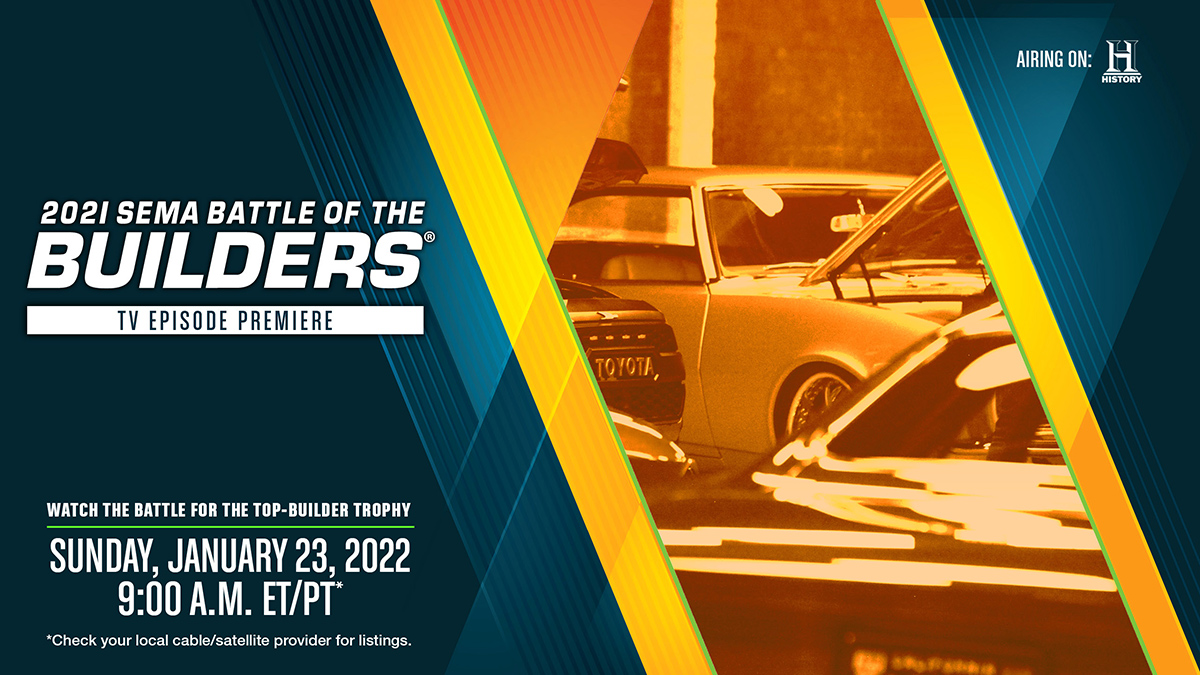 About SEMA and the SEMA Show
The SEMA Show is a trade show produced by the Specialty Equipment Market Association (SEMA), a nonprofit trade association founded in 1963. Since the first SEMA Show debuted in 1967, the annual event has served as the leading venue bringing together manufacturers and buyers within the automotive specialty equipment industry. Products featured at the SEMA Show include those that enhance the styling, functionality, comfort, convenience, and safety of cars and trucks. Additional details are available at www.semashow.com or www.sema.org.

Toyo Tires Treadpass 3D: Luigi Arroyo's 2018 Honda Civic Type R
Luigi Arroyo is no stranger to us and our readers. In our very first Tuner Battlegrounds Championship, Arroyo's 2008 Honda S2000 was one of...

2020 Kicker UnMasked: An Unprecedented Event!
With trade shows like SEMA and CES going 100% online, in a first for the industry - Kicker Audio shared their new 2021 product line with the world...