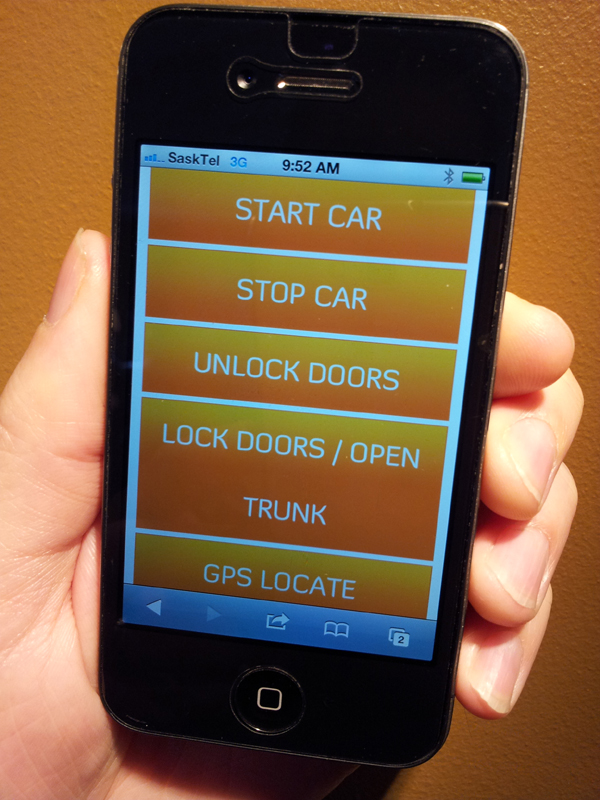 Nationally-acclaimed Text2Car announced today the release of two new innovative products, presently exclusive for GM vehicles, with functionality and price points that will be highly attractive to consumers and dealerships alike.

The T2C-GM model is the first technology of its kind to work with GM factory remote starters and, more importantly, the first to offer a seamless, one-step Plug and Go installation process that takes mere seconds to complete. Once installed, Text2Car allows the user to start, unlock, open the trunk, close the sunroof, locate, schedule and monitor their vehicle using any cellphone, PC or internet capable mobile device —all at under $5 a month, a fraction of the cost of other similar products, such as OnStar.

Sharing the spotlight is the new T2C-GMS model which replaces the need for a car starter entirely. This means consumers no longer have to pay for a remote engine starter, a bypass module or the costly hours associated with a traditional installation. This product represents a significant cost-savings for the consumer along with offering major advantages of Text2Car products over factory starters. Consumers will appreciate the elimination of the factory-set eight-minute run time, removal of the max 2-time-only start, and an installation process so simple that a junior technician can do them. Consumers will enjoy significant benefits with the T2C-GMS, as factory starter limitations are eliminated, again, all at under $5 a month. These new products complement Text2Cars current line-up of products that virtually all passenger vehicle owners can currently use.

Chrysler Plug & Go production models will hit the market Q1, 2013, followed by a timed rollout of other vehicle makes.

Vince Hardy, CEO of Text2Car, a division of Global Integration Inc., is exhibiting these new products at The SEMA Show (booth # 11460) in Las Vegas, Nevada Oct 30 to Nov 2, 2012. He says his company’s strongest competitive advantages over other business in the telematics field is Text2Car’s plug and go capability and the technology that allows consumers to use ANY cell phone or internet capable device to control their vehicle; Laptop, tablet, Kindle, Blackberry, Android phone, Wii Remote, IPAD, and even an old Motorola flip phone!

Text2Car is a Canadian-based company founded in 2009 with their corporate office in Saskatoon, SK. They have presented on The Dragon’s Den, been featured on The Discovery Channel and won multiple awards on local, provincial and national scales.

A Media Conference (lunch provided for room capacity) is scheduled on Wednesday Oct 31 from 12:00 to 12:50 in the SEMA Show Media Centre, Las Vegas NV.

Get A Free ORACLE Lighting Footwell Kit
ORACLE Lighting Isn't Fooling Around Cut the funny business and get a free footwell lighting kit with your next purchase of $200+ at OracleLights.com...